Joining GM-Opel’s all-new 1.6 liter turbo-charged SIDI engine as part of the Opel/GM small engine renaissance is an all-new 1.6 liter turbo diesel (CDTI) engine that delivers class-leading performance across all key engine criteria. The all-new mill is Opel’s first all-aluminum diesel engine and will replace the current 1.7-liter and lower-output 2.0-liter diesel engines in a wide range of Opel/Vauxhall and other GM models.

The new 1.6 liter oil burner packs 100 kW (136 horsepower) and 320 Nm (236 lb.-ft.) of torque, giving the engine an impressive power density of 85 horsepower per liter — a statistic that is unmatched by competitors in the class.

By comparison, the CDTI makes just 4 horsepower less than VW Group’s 2.0 liter TDI diesel engine, while matching its torque, and being 0.4 liter smaller. In addition, the new 1.6L diesel is almost as powerful as the 2.0 liter unit in the 2014 Chevy Cruze diesel, which makes 148 horsepower and 258 lb.-ft. of torque.

Opel even says that more powerful versions of the engine are in the pipeline.

Meanwhile, Opel’s BlueInjection selective catalytic reduction (SCR) system or Lean Nox Trap (LNT) technology enables the new mill to be compliant with Euro 6 emissions standards, while being as clean as a gasoline engine in operation.

When it comes to NVH, the 1.6 turbo diesel is said to be the quietest engine in the class. Like its gasoline-burning counterpart, the new 1.6 turbo diesel contains a series of sound engineering measures in its design and tuning to decrease NVH.

The engine has recorded the lowest sound ratings (compared to other vehicles using 1.6 liter turbo diesel engines) in testing with the Delta platform-based Zafira Tourer — the first GM-Opel vehicle to offer the new diesel engine.

Unlike the new 1.6 liter turbo SIDI mill, we’re not sure whether this enginewill reach North American shores. But given the downsizing trend that’s recently taken the industry by storm, we shouldn’t discount its arrival in the New World just yet.

Either way, what an awesome piece of kit! 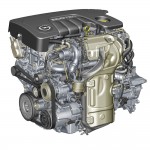 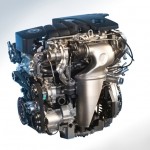 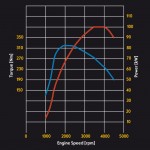 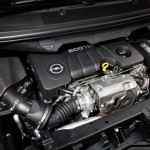