During a press conference at Auto Shanghai on Saturday, General Motors announced its future plans for the Chinese market. Some of those plans include launching 17 new and upgraded models in China this year, adding 400 dealerships in China (also this year), continuing to hire locally to facilitate design, engineering, R&D, manufacturing, purchasing, along with sales and marketing functions, and building four new plants in China by the end of 2015 to produce five million vehicles annually. But not all of that production will stay in China, however, as The General plans to export between 100,000 and 130,000 Chinese-built vehicles in 2013, thereby setting a record, and planning for more.

Our friends at Autoblog caught up with GM China president Bob Socia, and asked if the automaker is planning to export vehicles from China to the United States. His response might surprise you:

“It could very well happen. It could very well happen. You know, I’m not sharing any plans with you, but we try to keep open as to what makes sense. And Tim [Lee – GM president of international operations] is the right guy to talk about your manufacturing footprint. If it make sense to tool up a vehicle in one location as opposed to two, from an economic perspective, Tim will say that’s what we should be doing. We’re open to be doing that. There’s no reason why we can’t be exporting to the States, and obviously the States are exporting here.” 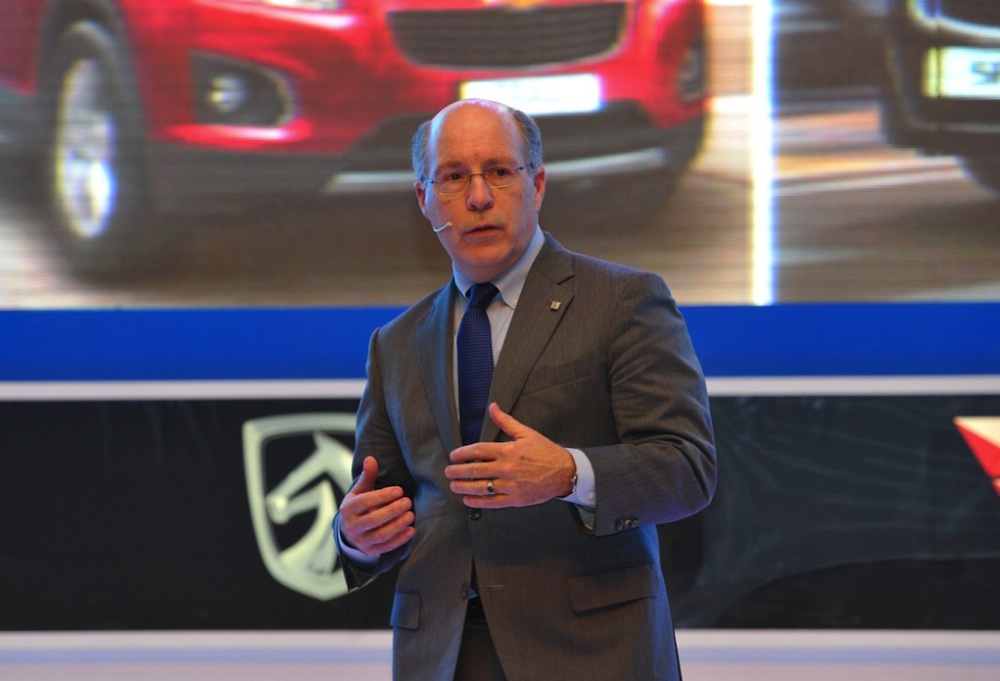 As AB points out, the role of the joint venture between General Motors and SAIC known as the Pan-Asia Technical Automotive Center (PATAC) has been growing. The organization’s engineering and design work has been particularly increasing with the Buick brand (it designed the new Riviera concept), and Buick is very popular in China mostly thanks to a single cheap (and rather outdated) model known as the (original) Excelle. So could it be that Chinese-built Buicks will be among the first cars to be exported to North America? Importing Buicks from overseas wouldn’t be a first for the Tri Shield brand, given that GM is importing the new Encore subcompact crossover into the United States from South Korea.

To note, The General is currently exporting Cadillacs from North America (U.S., Canada, and Mexico) into China — a practice that’s costing the luxury brand sales in the burgeoning Chinese market thanks to high import tariffs set out by the Chinese government on imported vehicles. That’s one of the reasons that GM is planning to build Cadillacs locally in China (for China), by building one new Cadillac a year in the country beginning in 2013 through 2016.

When AB asked whether GM currently has any plans to export from China to the U.S. at this time, it was told “No”.

We don’t see how this will not turn into a public relations disaster for GM in the United States. Heck, we’ve all heard and/or seen the various nicknames (Chinese Motors, anyone) and commentary (“bailed out to import cars from China”). Suffice to say that if GM ever begins to do this, it can wave goodbye to any kind of patriotism the American public still has in the automaker or its brands.

But outside of the nationalistic nightmare that importing Chinese-built cars will undoubtedly bring, we’re not sure that importing Buicks from China makes sense for GM. For starters, Buicks are a (semi) luxury product that share their general engineering and vehicle architectures with mainstream (Chevy and Opel) models. As such, they carry higher profit margins for GM on a per-unit basis. In that regard, GM should have no problem continuing to build Buicks in North America for the North American market, rather than importing them for the remote possibility of making more money per unit (thanks to cheaper Chinese labor) while decreasing sales volume thanks to the ensuing PR disaster.

On a sidenote, it is entirely possible that Lee and Socia want to keep all options open (what business wouldn’t?), but GM needs to send its executives to the “dancing around questions 101” class (we hear they’re offerred in Washington D.C.) — otherwise, the grandiose momentum built up by Buick in the United States over the last two years will vanish overnight.

To make a long take short: any possible upside to cheap Chinese labor will likely be instantly wiped out by all the negative publicity of importing Chinese-made American cars… which in and of itself is an enigma.