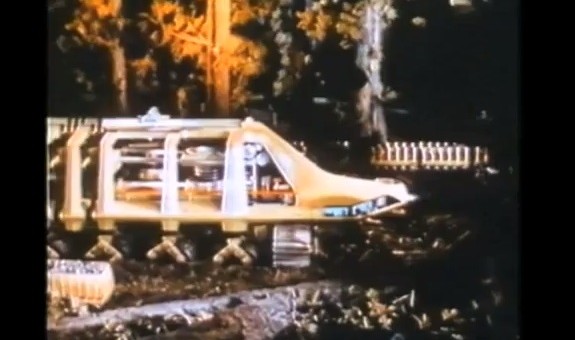 Little did we know that in the early 1960s, General Motors produced this film that follows a boy as he visits the Futurama II ride — a sequel to the notable 1939 New York World’s Fair Futurama — at the 1964 New York World’s Fair. The feature presents a vision of the “near future” through a series of rather detailed dioramas.

Most eye-opening is the film’s interpretation of the future, which includes deep ocean mining and drilling along with carving through rain forests with lasers for the sake of laying highways (and more highways), among other things. Hey, the film was, after all, funded by The General.

If only the fine ladies and gentlemen knew back then of such GM products as the Chevy Volt, Cadillac ELR, or the Chevy Spark EV… but then again, it’s very likely that those same folks fully expected Pontiac, the Camaro Z/28, ZL1, Corvette, and whatever high-performance Cadillacs to continue well into the twenty-first century without so much as a hitch. No matter — the video simply offers up an honest glimpse into the era’s mindset and foundation for the future. Also, Maximum Bob Lutz hails from that time — perhaps lending a hint to the infamous “global warming is a crock” mindset.

But in all seriousness, this was a type of marketing (advertising, rather) that was prominent in the fifties and sixties. The objective was to create good, warm and fuzzy feelings about the future, and then intersperse a brand or a company into it, all in an effort to elicit an association in the mind of the consumer between a bright, possibility- and opportunity-rich future and the company in question. Pretty clever.