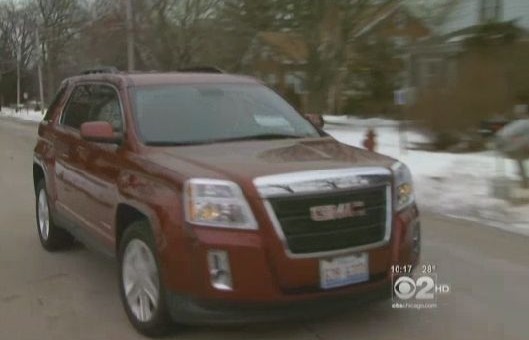 A $42,000 GMC Terrain ended up in the ownership of a then-89-year old blind World War II veteran and his 90-year-old wife with dementia due to the unfavorable acts of their son, David McMurray, via Palmen Motors of Kenosha, Wisconsin last summer.

As this story gains attention, Harold Thompson, the veteran, has passed away. When a representative from the dealership came to collect signatures, Harold was on morphine and in hospice. He died three weeks after signing off on the car. Prior to that, McMurray took his mother, Kristen Thompson, to the dealership from her home in Illinois, where it was determined that more than just her income was needed to purchase the vehicle. So dealer reps came knocking on Harold’s door for a co-signer.

In short, the ailing parents of David McMurray co-signed for a car they didn’t need or couldn’t really afford for their son — who signed no documents. Though in the eyes of the dealership, everything was done “legally.” It’s also legal for the federal government to detain a citizen indefinitely without trial.

McMurray was able to keep the vehicle purchase under wraps until he was arrested for an unrelated criminal case, at which point the GMC Terrain was discovered. (Some people.)

Thankfully, an attorney of Palmen Motors contacted CBS 2 News — the local Chicago outlet that broke the story — and stated that they regret how the transaction played out, and that they will be buying the car back in full.

You can watch the entire report here.