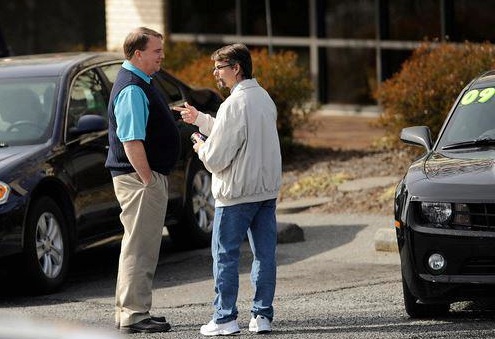 It’s very likely that you’ve already watched the video of Jeff Gordon taking a Chevy Camaro out for a test drive and scaring the bejesus out of the shot-gun-riding-salesman in the process. Well, it has now been two weeks since Mr. Gordon and his cronies at Pepsi MAX unleashed the wonderfully-entertaining and immensely-funny (yet staged) video on the world wide web. Since being published on March 12, the official YouTube video on Pepsi’s YouTube channel has garnered over 30 million views — and that’s not counting views on all of the other third-party YouTube channels that, for some inexplicable reason, decided to download the video and upload it to their own channel as if it were their own; adding those would result in over 32 million YouTube views of the prank.

Meanwhile, the #GordonTestDrive hash tag on Twitter didn’t get that much action, but web traffic to pepsi.com (the video’s sponsor) increased a whopping 48 percent over the seven day period ending March 25th, 2013 according to Alexa.com statistics — an astonishing boost, if you ask us.

So if there’s anything to be learned from the wonderful Gordon-Pepsi Max (commercial-in-disguise) video that netted over 30 million views in only a short two weeks, it’s this: funny, interesting, and entertaining sell, even if it’s all staged… also, people are always up for watching fast Camaros, and for other people getting scared (poor salesman). Plus, for Chevy and the Camaro to be on the receiving end of some major (and free) publicity is pretty cool, no?

Just in case you’ve no idea what video we’re talking about, here it is again, in all its (staged) glory: