While the New York Auto Show was getting all the attention this week and the 2014 Camaro Z28, 2014 CTS, 2014 LaCrosse and 2014 Regal were basking in the show’s spotlight, General Motors quietly made an announcement on the other side of the world about two new offerings for Non-Governmental Organizations, or NGOs. Specifically, GM announced the two new vehicles for NGOs at the Dubai International Humanitarian Aid & Development Conference, and they include the Isuzu DMAX and the Chevrolet N300. 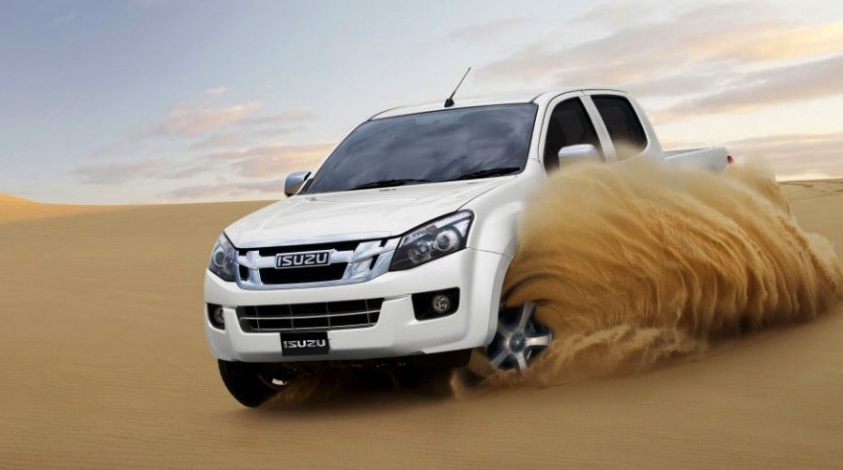 The Isuzu DMAX is pretty much a Chevy Colorado and exists thanks to the unique relationship between General Motors and Isuzu. The DMAX is built in Thailand (alongside the Colorado), and will be sold exclusively in Africa.

The Chevy (cough, cough, hard hough) is for sale in emerging markets around the world (outside of Africa). The reason for our throat-clearing antics is simple: it ain’t no Chevy at all. Instead, it’s a Wuling Sunshine Pickup Truck that’s made possible thanks to GM’s joint venture with China’s Wuling Motors. The partnership forms the oft-mentioned SGMW, or Shanghai-GM-Wuling.

According to GM International Operations Vice President, Sales, Marketing and Aftersales Mark Barnes, “Both the Isuzu DMAX and Chevrolet N300 are robust vehicles well suited for challenging off-road driving and the weather conditions faced by users in emerging markets.”

The two NGO-focused offerings are part of GM’s International Operations’ Aid & Development Program, which was launched in October of 2012 at AidEx — the Global Humanitarian & Development Aid Event. It was then that Chevrolet offered the Trailblazer SUV and Colorado midsize pickup for NGOs, with the Isuzu DMAX and “Chevy” N300 joining the two already-existing offerings.

Handling exporting functions will be International Fleet Sales (IFS) — an independent group serving as GM’s partner in exporting specialized products since 1999. IFS will distribute the vehicles and provide aftersales support and support for NGOs and other customers in the sector. For its part, IFS has entered into a five-year agreement with General Motors in October to provide the aforementioned services.

Update: an earlier version of this article inaccurately stated that the Isuzu DMAX was manufactured in Africa. This is not the case, as the vehicle is built in Thailand.