You won’t hear this from anyone officially, but the 2013 North American International Auto show might as well have been called the the 2014 Corvette C7 Stingray auto show, because the new Vette pretty much stole the show. But while Americans have been able to get a first-person look at the all-new all-American sports car, European Corvette enthusiasts haven’t had such a privilege… until a week ago. 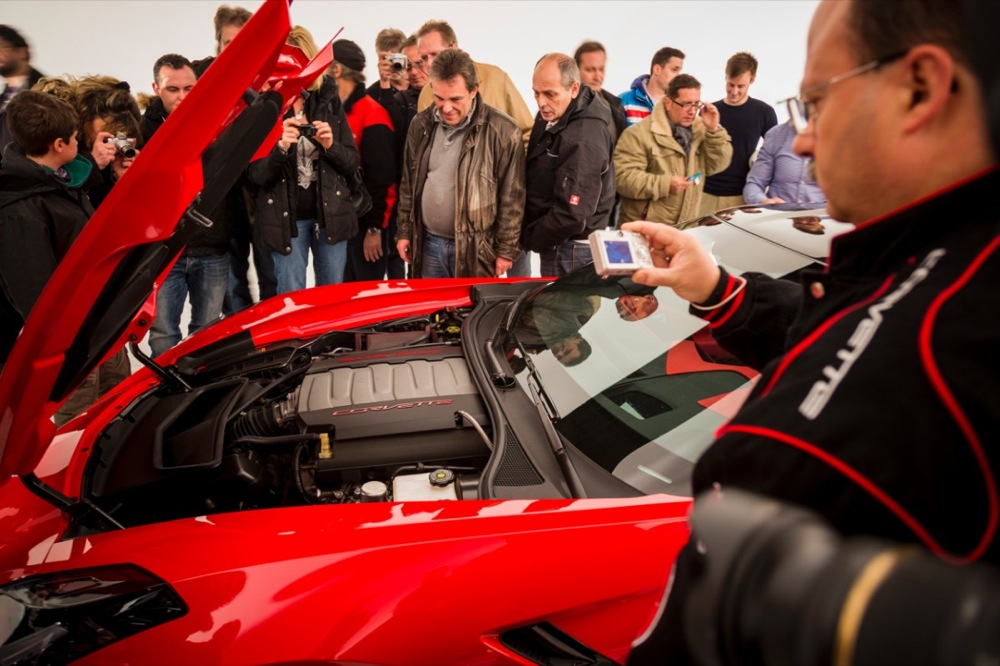 During the week leading up to the 2013 Geneva Motor Show, Chevy showed its appreciation to the most loyal Corvette enthusiasts in Europe by giving them a sneak peak at the 2014 Corvette coupe at three select locations in Germany and Switzerland a few days ahead of its European debut at the 2013 Geneva Motor Show. The three private unveiling locations were near Frankfurt, Munich, and Zurich, with many of the fans arriving in their own Corvettes to see the all-new seventh-generation model. 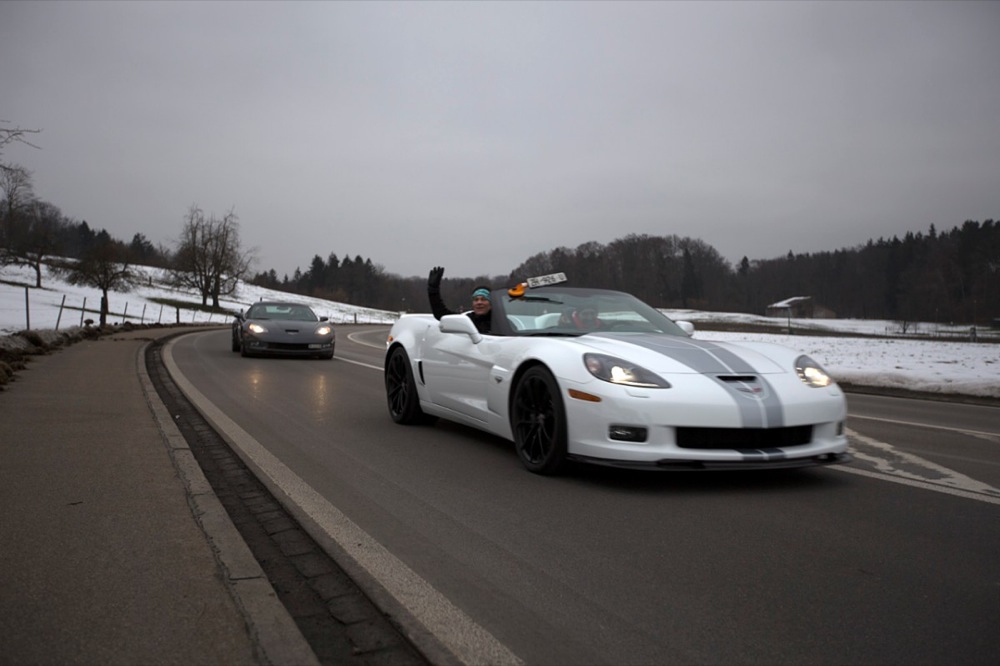 The largest group of enthusiasts assembled at the Circus Krone in Munich on a Saturday morning, with the Corvette Stingray coupe prominently displayed at the center of the circus arena, giving each of the 500 assembled fans a chance to see the car from every angle. Then, later that day, the Swiss Corvette fan club greeted the Corvette-branded truck at the German-Swiss border, and then escorted it to the third stop near Zurich. 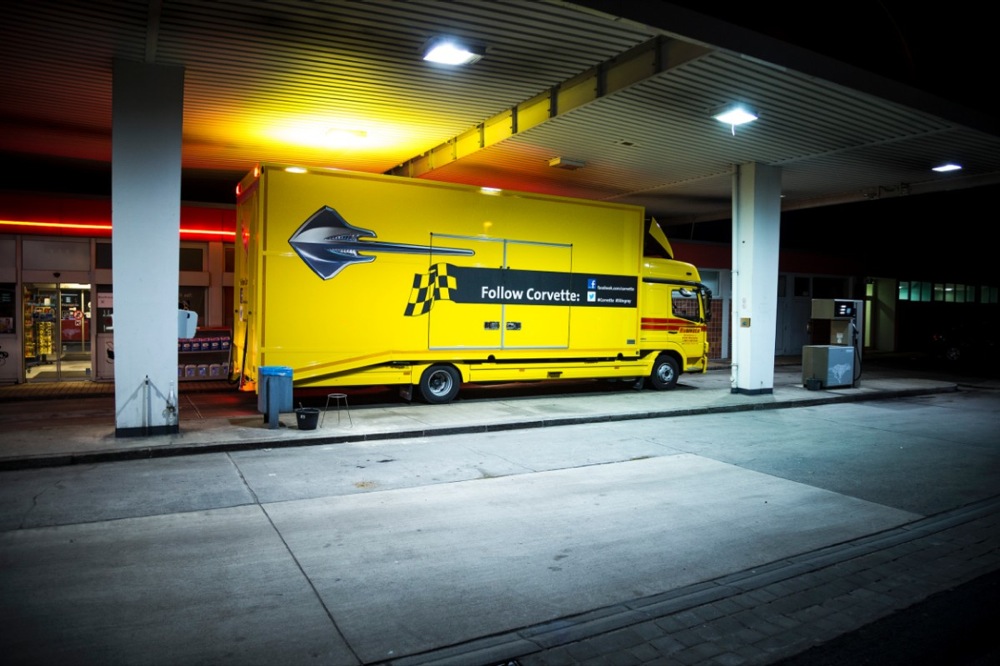 The three private presentations resulted in some handsome social media benefits for Chevy and Corvette, with enthusiasts in attendance posting photos of the car to Facebook, Twitter, and Instagram. Interestingly, 58 percent of the 1.1 million fans who like the official Corvette Facebook page are located outside of the United States. 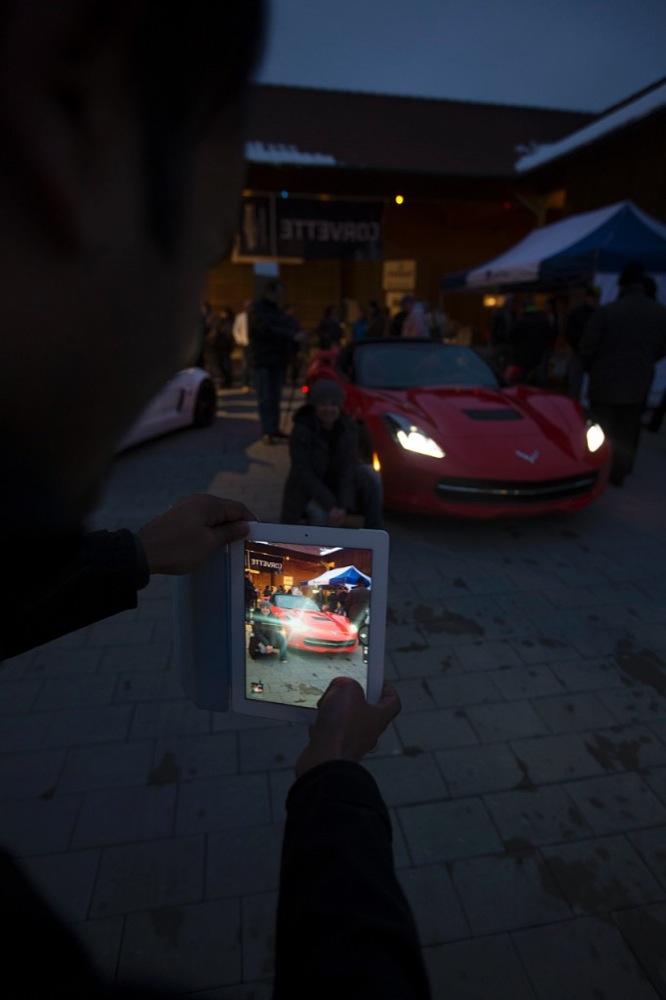 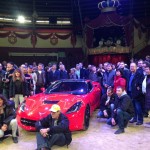 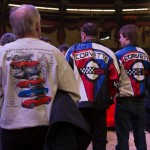 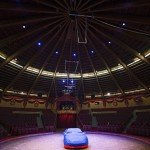 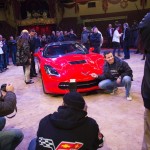 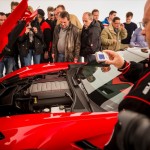 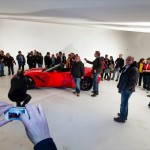 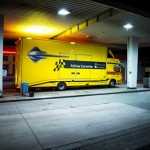 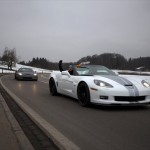 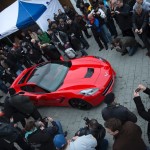 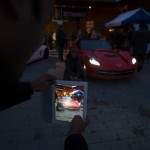