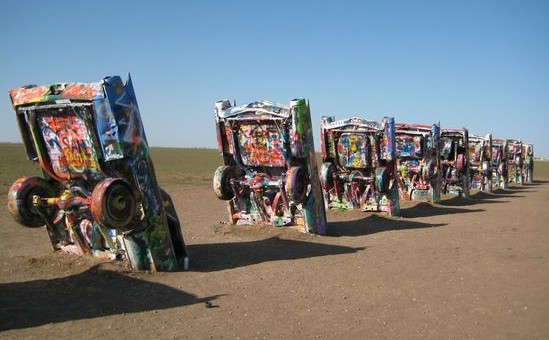 Texas. The largest state in the Lower 48, with plenty of sights to see. Everything from Austin, to the Alamo, to the Cadillac Ranch.

In case you’re not familiar with the Cadillac Ranch, it was founded in the middle of nowhere outside of Amarillo in 1974. There are 10 Cadillac vehicles sticking straight out of the ground, covered in graffiti. It’s got nothing on Detroit’s Heidelberg Project, but that doesn’t stop it from being mildly famous. Aside from being a complete tourist trap, it’s been featured in magazines, movie shoots, and probably even Dora the Explorer.

Unfortunately, the ranch may be put to pasture, as the owner Stanley Marsh III, is involved in a sex scandal with young boys, according to Texas Monthly. Naturally, many locals are calling for action against Marsh’s attraction, even though we’re pretty sure the painted Caddys never touched anyone.

In October, 10 different young men filed lawsuits against 74-year-old Marsh claiming that he paid them for sexual favors when they were teenagers. They also claim that several other adults (Marsh’s wife included), enabled the abuse. Marsh is currently facing several different criminal charges, and not for the first time, sadly.