Update: this is the 2013 Holden VF Commodore.

Holden has released the first clue to the “Build the VF Commodore” scavenger hunt. It’s for the city of Sydney, and reads:

“On a street in the Rocks named after a rare type of pink diamond, this House usually displays art, not cars.”

If you know (or think you know) the whereabouts of this particular clue, then drive (quickly, but safely) to wherever you think it is, and upload the photo of the item to the Build the New Commodore microsite. As the photos accumulate, the first image of the VF Commodore will be pieced together.

Over the next five days, Holden will release clues about the location of the 101 pieces that make up the first image of the next-generation of Australia’s favorite RWD car. Those who find clues and share them online will be entered into a contest to win one of the first VF Commodores assembled. The clues will be all over Australia’s major capital cities, including car parks, art galleries, and even “intriguing online locations”.

“Many of our Holden ambassadors are getting on board, with some of Holden’s prolific sporting personalities joining the hunt”, said Holden Marketing Director, Simon Carr. Registrations for the competition are nearing the 10,000 mark, according to Holden.

For Holden, the timing for the launch of the VF Commodore couldn’t be better — as the GM subsidiary is falling behind its closest rivals in terms of market share, despite seeing increases in sales volume.

The hunt will conclude on February 10th, as Holden unveils the real VF Commodore on its website. Of course, the Zeta-based sedan will be available in North America, likely with different equipment, as the Chevrolet SS. Planning on partaking in the hunt? The have fun, and stay safe! 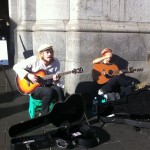 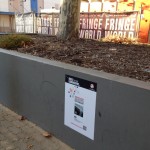