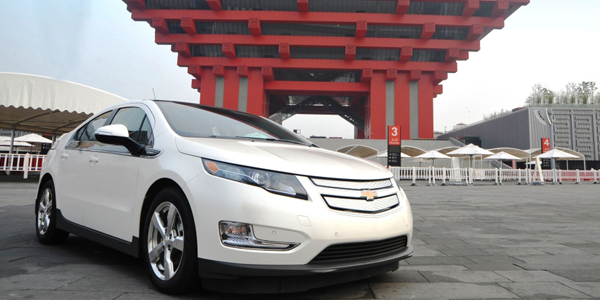 The month of January 2013 proved to be successful for General Motors in China, as The General and its joint venture partners sold 310,765 vehicles — a 26 percent increase from the same month in 2012. The results represent an new all-time sales record for GM and its partners, beating the previous all-time monthly high of 268,035 units set in January 2011.

Shanghai GM, which is GM’s main operating unit that sells the familiar Chevy, Buick, and Cadillac brands, sold 154,220 vehicles — an increase of 24.3 percent year-over-year. To note, that’s roughly 50,000 units fewer than the 194,699 vehicles sold by General Motors in the United States during January 2013.

Buick sales rose 21.7 percent to 86,509 units. The original Excelle remained the best-seller within the Tri Shield brand, generating 30,264 sales for a 5.5 percent increase on an annual basis. The Excelle XT and GT were also in strong demand, increasing 19.7 percent to 23,694 sales. Meanwhile, the new subcompact Encore crossover sold 7,881 units during its first January on the market — which is (ironically) roughly half of the 13,463 total Buick sales in January 2013 in the United States.

Chevrolet sales rose 21.6 percent to 66,141 units. The Cruze remained the sales leader within the Bow Tie brand, with sales up 7.8 percent to 24,477 units. Sales of the affordable Chevrolet Sail family weren’t far behind, increasing 21 percent to 21,866 units.

General Motors is working to boost sales of the luxury brand by launching the ATS and XTS in China, while setting up to produce Cadillacs locally for the domestic market.