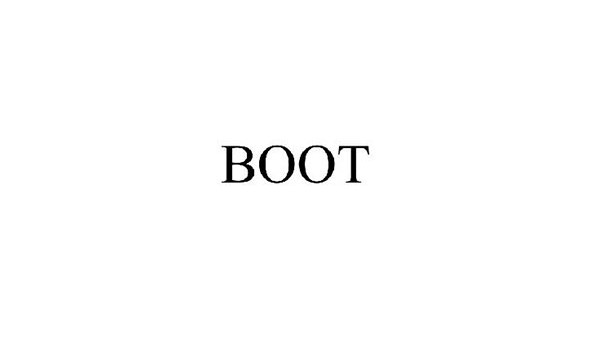 GM Authority has learned that General Motors is in the process of obtaining a trademark for the word “Boot”. Originally filed on April 29, 2011 with the United States Patent and Trademark Office in the automobiles category of Goods and Services, the application carries serial number 85307988 and was published for opposition on February 21, 2012.

As of September 26, 2012, the application has a status of 730, or “First Extension – Granted”. The first extension is one of six available, each lasting six months, that allow an applicant to prolong the time the trademark it has to file a Statement of Use, an official document promising that the trademark will be used in a real-world product or service. Requesting an extension to file such a document usually implies that GM is not ready to show the USPTO (or the general public) a product carrying a name for which it is applying for, likely signifying the product is in development.

If we were to speculate, our first guess would be that this trademark is for a hatchback or wagon-type body style, since the word “boot” is often interchangeable for “trunk” in some English-speaking countries (such as the United Kingdom). But even then, the trademark could be for anything in GM’s lineup. At the least, we know that the mark is intended for Automobiles (rather than toys and other paraphernalia).

What do you think GM will do with the Boot trademark? Sound off in the comments!