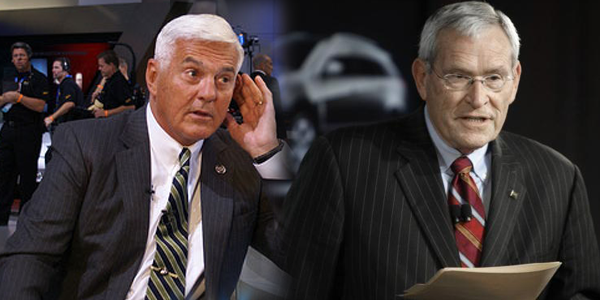 Former General Motors CEO Ed Whitacre is on a tour to promote his new book, and told USA Today in a recent interview that he thinks it is worth giving the Chevrolet Volt more time to see if can become a commercial success.

“I think it will create value for GM somewhere down the line,” Whitacre said. “It’s not like it sold zero.”

Indeed, the Volt sold 23,461 units in 2012, a 205.8 percent increase compared to 2011. However, some reports suggested that many Volt sales were to drivers through unrealistically low-priced leases that couldn’t have generated profits for GM.

In his new book, American Turnaround: Reinventing AT&T and GM and the Way We Do Business in the USA, Whitacre writes that the goal of the Volt project wasn’t necessarily to make money at first. “This wasn’t so much about a car as it was about sending a signal — to our employees and to America: GM as a creative force is back.”

Whitacre also said that he is proud to have rebuilt morale at GM, which was rock bottom when he arrived at the company. The ex-AT&T chief executive visited assembly lines, factories, and labs to gain an understanding of what was happening first hand; most of the time, the visits were unannounced.

“You get to know the people and how they feel about the company. Their objectives, goals,” he says. “I find people to be people everywhere. Everyone wants the same thing, be successful.”

On August 12, 2010, GM announced that Whitacre will step down as CEO effective on September 1, 2010 — to be replaced by Dan Akerson. Just days later, GM announced its initial public offering push.