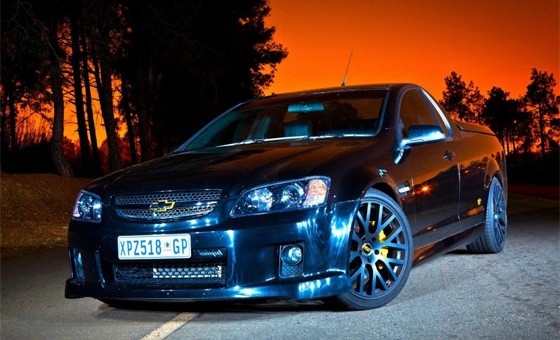 In the latest installment of the on-again, off-again, back on-again Chevrolet El Camino news, General Motors President of International Operations and VP of Global Manufacturing Tim Lee has directed the automaker’s plans back to being off-again. Sadly, despite General Motors recently renewing the trademarks of the El Camino (and Nomad, for that matter) names, it seems a business decision has been made to refrain from importing the Australian-built vehicle to the U.S. due to the value of the Australian Dollar.

“You can’t make a business case of something like that,” said Lee to CarPoint.com.au.

While the Chevrolet SS gets the green-light because of its premium price-point, a vehicle such as an El Camino would command a lower asking price, and therefore the automaker would be lucky to see any profit from selling it. Last we checked the Chevy Volt wasn’t making any money and that’s not stopping The General, but whatever.

What’s more, GM does not plan on retooling any of its North American plants to accommodate the Zeta rear-wheel-drive architecture, according to Lee. Considering Zeta’s age and lack of feasibility as a global architecture, we understand the reasoning for the decision. But to make matters more grim, GM Holden plans on phasing out the Zeta-based Commodore family (which includes the Ute) by 2016 to make room for a front-wheel-drive small crossover at the Adelaide plant in South Australia.

We can only hope that the Commodore, Ute and Sport Wagon will find a future on the Alpha platform, which is a global rear-wheel-drive architecture. That should increase the feasibility of seeing a Chevrolet El Camino and Nomad here in North America, eventually.