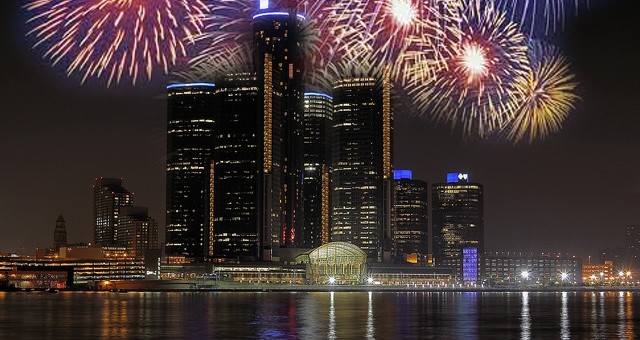 As we count down the end of 2012, we thought it wise to look back on GM’s biggest moves of the year. On the whole, The General is a very healthy company that’s in the process of making itself even better and more competitive. As such, 2013 should prove to be a very prosperous year for The General… considering that a lawsuit doesn’t bring it all down. And so, the five biggest moves with the most gravitas by GM in 2012 include:

Goodbye Government Motors, and all kinds of other silly monikers ascribed to GM over the last several years: the U.S. Treasury has finally announced its plan to completely exit The General’s ownership beginning in 2013. Of course, the U.S. government will likely lose some of its original $49.5 billion investment in the company, which really shouldn’t be treated as an investment in and of itself… but that’s a topic for a different time.

The point is that GM will finally be an independent automaker, free to compensate talent as generously as it believes to be appropriate, and its shares will be able to be traded publicly without any kind of fear, uncertainty, or doubt — elements that couldn’t have taken place until today. The divestiture also carries a myriad of other benefits, most of which are positive. Now, when will Canada sell off its own stock?

Staying The Course With Opel While Making Friends With Peugeot

GM’s notoriously-loss-making German division Opel has been the topic of much-contested debate for the last several years among analysts and among GM itself. And while it could be argued that GM might be better off without Opel (as a brand) or with it, it seems that GM has finally decided to keep Opel in the long run while investing in the brand, new products, and new engines.

And then there’s the Peugeot-Citroen partnership, which is ultimately meant to improve The General’s scale in sourcing/purchasing, vehicle development & engines, technology, and manufacturing. Like Opel, this is a long-term play — and the jury is still out. But somehow, buying a seven percent stake in the French automaker for $335 million to get the project underway seems a good idea to The General.

Between Chevy, Opel, Cadillac, Buick, and GMC, General Motors will launch or announce over 20 vehicles in 2013, 13 of which will be Chevys. A fresh and competitive product portfolio tends to speak for itself in the marketplace, especially now that GM has had a batch of highly-competitive mainstream vehicles under its belt for the last year or two, such as the Cruze, Sonic/Aveo, ATS, LaCrosse, and Verano.

General Motors is investing big in Information Technology. Located across multiple locations around the globe, the overhauled department will bring most of GM’s IT operations in-house from one that was mostly outsourced — resulting in a complex web of standalone and dis-integrated tools and software applications that hinder GM’s ability to quickly make decisions.

Intelligence, speed, and the empowerment of employees via decreased complexity and increased capability is the name of the game here — and we’ve no idea how GM has come this far with its current IT infrastructure.

General Motors is significantly less profitable than its closest competitors — namely, Toyota Motor Corp. and Volkswagen Auto Group. That’s why CEO Dan Akerson has made it his public goal, among other things, to significantly boost The General’s profits — a move that will ultimately lead to a continuous cycle of a healthier company making better products.

Among ways to achieve higher profitability is significant platform consolidation, revamped operations in Europe and South America, among other markets.