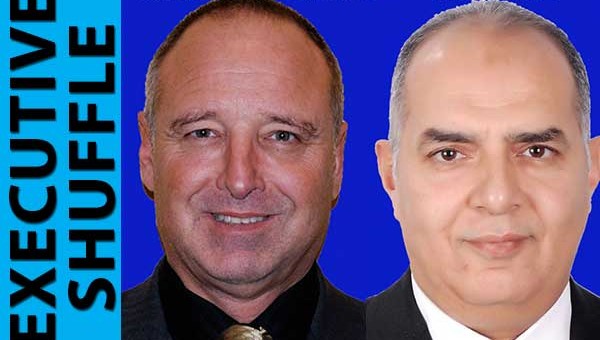 General Motors is consolidating its Sub-Saharan Africa and North Africa operations into a single unit called GM Africa. Effective immediately, the newly-created GM Africa will be headed by Mario A. Spangenberg, who was the president and managing director of GM North Africa prior to the announcement. Spangenberg will be based at the GM Africa HQ in Port Elizabeth, South Africa.

Meanwhile, Tarek Atta will become managing director of GM Egypt and North Africa, reporting to Spangenberg, while Edgar Lourençon, who has served as managing director of GM South Africa and president of GM Sub-Saharan Africa since November 2009, will contribute to the transition and repatriate to South America later this year. Lourençon will report to Mark Barnes, GM International Operations vice president, Sales, Marketing and Aftersales, and chief country operations officer, Africa and Australia.

“Bringing our operations in Africa together will enable us to take advantage of synergies across the continent,” said Tim Lee, GM vice president, Global Manufacturing, and president, International Operations. “It will put GM in a strong position to expand in a part of the world that has tremendous long-term potential for vehicle sales growth.”

The General sells vehicles in more than 50 markets in Africa, while conducting manufacturing in South Africa, Egypt, and Kenya. The automaker sold 180,493 vehicles in the region in 2012 — a 17.5 year-over-year increase.

Spangenberg has held his present position since July 1, 2011. He earlier held key posts in other parts of the world, including director of Sales Operations for GM de Mexico, managing director of International Sales for GM Daewoo Auto & Technology in South Korea, and director of Marketing for Adam Opel AG in Germany. He began his industry career in 1980 at Volkswagen.

In addition to his most recent assignment with GM International Operations, Lourençon has held several important positions in South America, including director of Quality and director of Sales and Field Operations for GM in Latin America, and president and managing director of GM Argentina, Paraguay, Uruguay, Chile, Peru and Bolivia. He joined the company in 1977 as an engineer in Manufacturing Engineering at GM do Brasil.