Designing the seventh-generation Corvette (or C7) was no easy task. On the one hand, GM designers wanted to stay faithful and pay homage to the past; on the other, they wanted to do something new and innovative, while delivering function and elegance.

No matter what you think of the completely redesigned 2014 Chevrolet Corvette Stingray, the fact remains that the all-new Vette’s exterior was designed, shaped, and sculpted for high aerodynamic efficiency as well as aggressive and audacious looks. 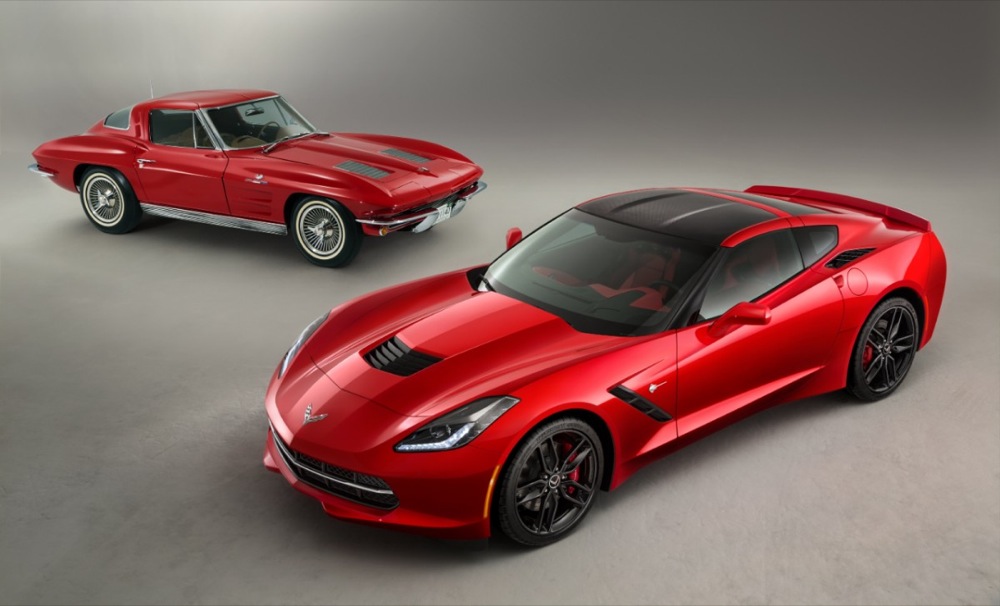 “Developing a new Corvette, while every designer’s dream, is not an easy task,” said Ken Parkinson, executive director of global design. “The goal was a bold design statement that embraced the advanced technology of the car, while enhancing its overall performance in everything from the wind tunnel to the track. The result is a new Corvette Stingray – a fantastic car that breaks new ground yet remains true to the fundamental elements that make a Corvette a Corvette.” 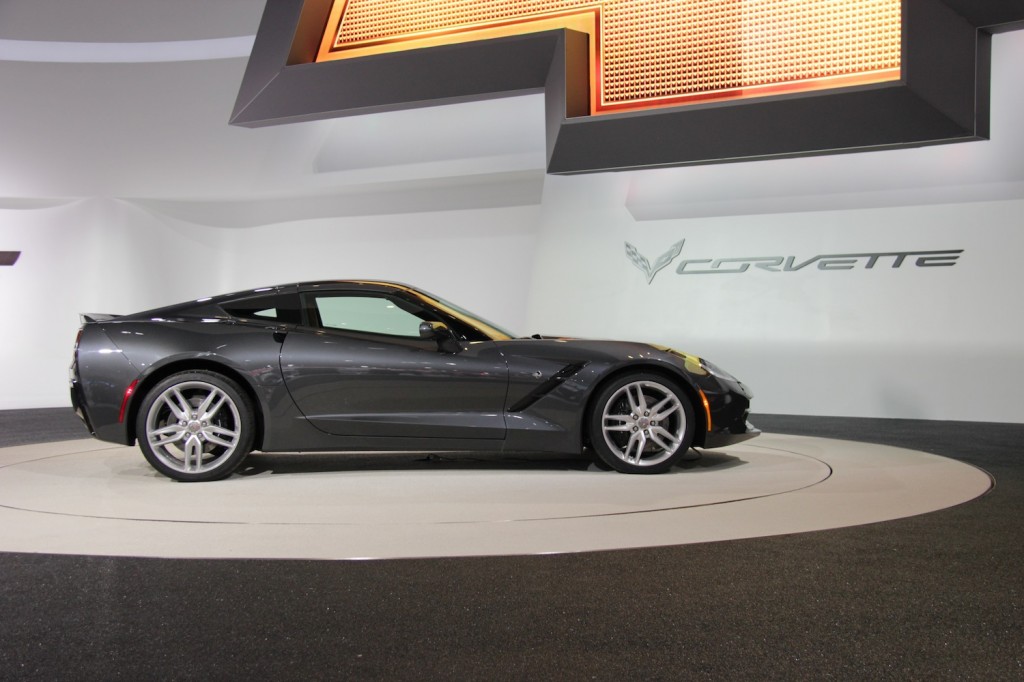 While no design details were carried over from the previous sixth-generation Corvette, the all-new seventh-generation model still retains a profile that’s distinctly “Corvette” — particularly exemplified by the long dash-to-axle (D2A) ratio and a greenhouse that elicits memories of a fighter jet canopy. In fact, designers relied on two different sources of inspiration for the new Vette: aerospace and nature.

“That visual impact is evident in fighter jets and the Stingray animal itself”, said exterior design director Tom Peters. “Their beauty comes from their purpose, designed to cut through air or water as quickly and efficiently as possible. As with aircraft and living forms, every transition on every surface of the Corvette Stingray serves a purpose executed with beauty and proportion.”

The Details Are In The Lighting 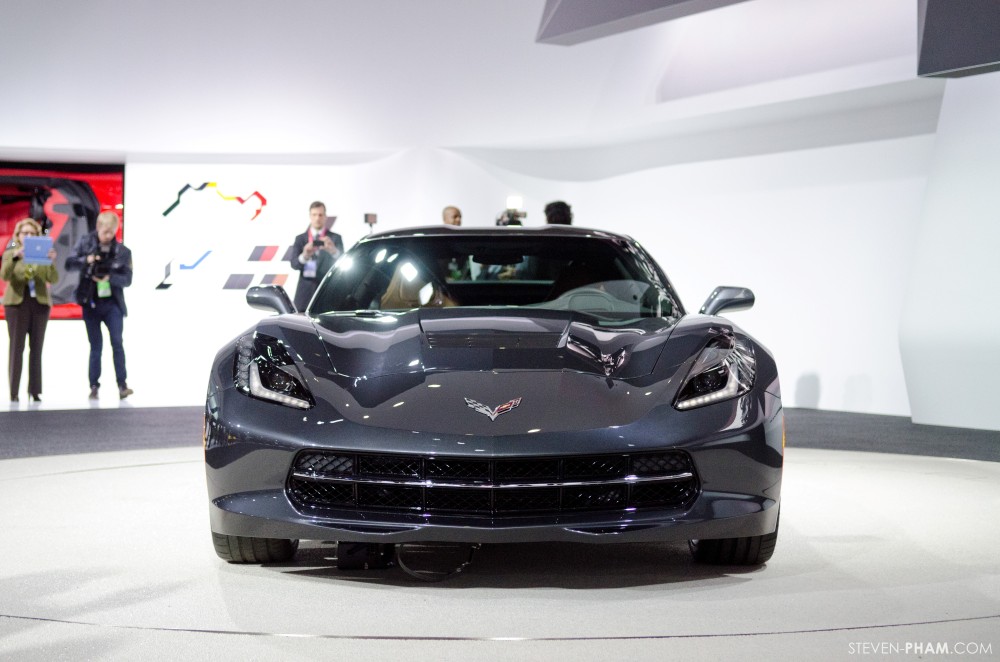 Immediately following the C7’s huge intake, or the maw — as we like to call it, is a core element of the C7’s design: lighting, which serves to reinforce the Corvette brand’s high-tech theme. The front light clusters house frosted indirect white light-emitting diode (LED) daytime driving lights that portray a distinctive daytime styling cue; these LED lamps are set in a black-chrome lamp housing and join standard high-intensity discharge (HID) projector headlamps and edge-lit LED turn signals. All elements are complemented by an embedded Corvette logo at the top of the light cluster. 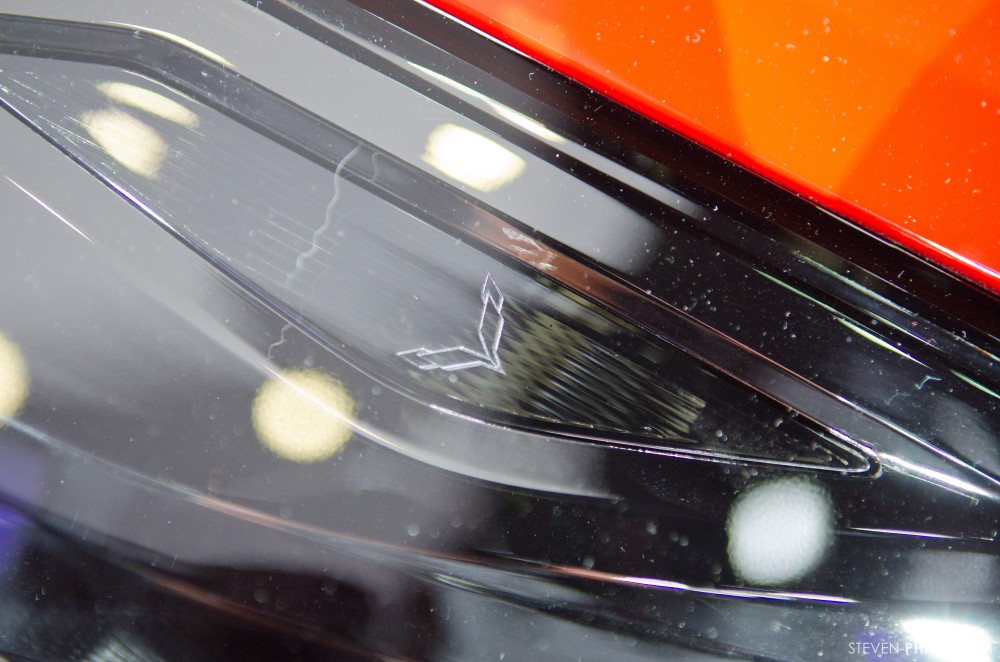 Centered between the high-tech headlamps is the evolved Corvette emblem, which features a pair of crossed flags, while immediately above the Corvette logo is a curvaceous carbon fiber hood with a functional air extractor (more on that later); the light hood joins a removable (exposed) carbon fiber roof to enhance the front/rear weight balance of the car. 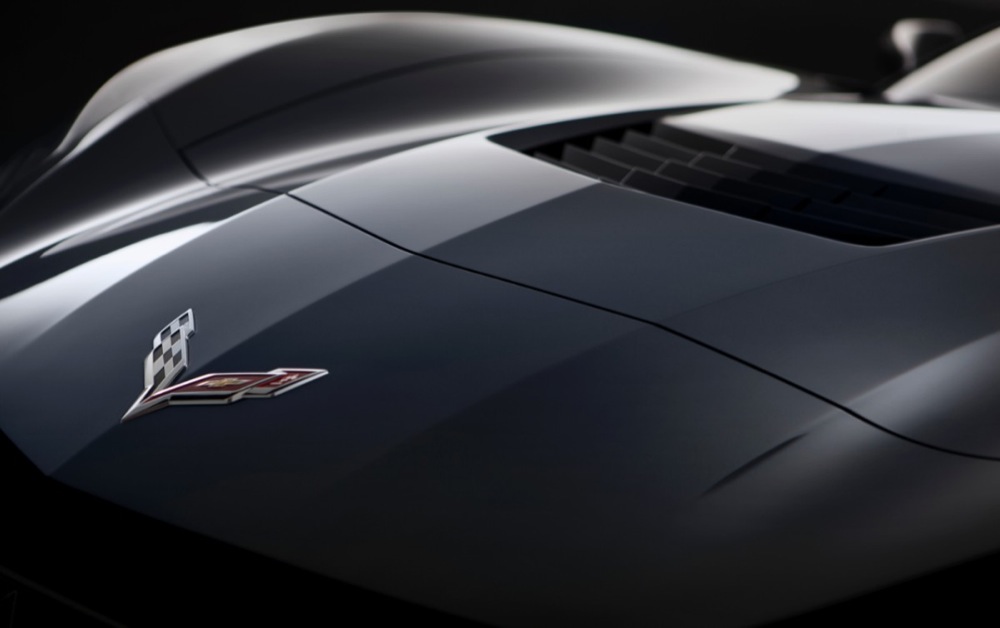 As with the C6, the roof is attached to a pair of blacked-out A-pillars, which look awesome with a high-contrast color (like red). Also present are door-mounted wing-style mirrors and finessed curves running throughout each of the C7’s two doors. 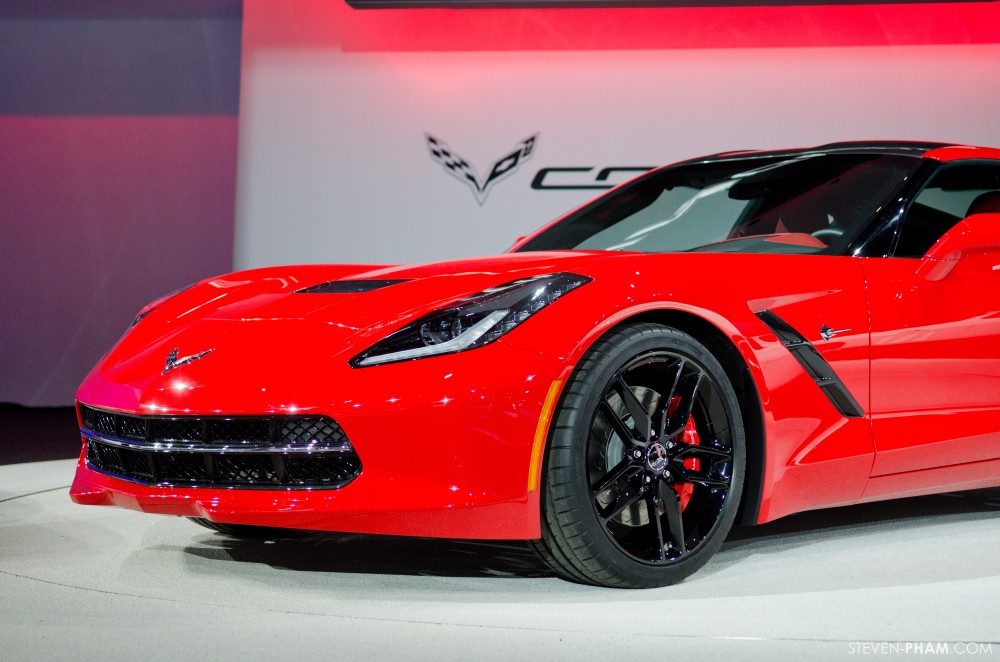 But it’s in the back that things start to get really interesting: adorning the rear is a set of all-new dual-element tail lamps showcasing the greatest departure from tradition, according to GM. The dual-element rear tail lamps provide an austere and aggressive appearance, with a three-dimensional, sculpted lens housing and indirect LED lights. 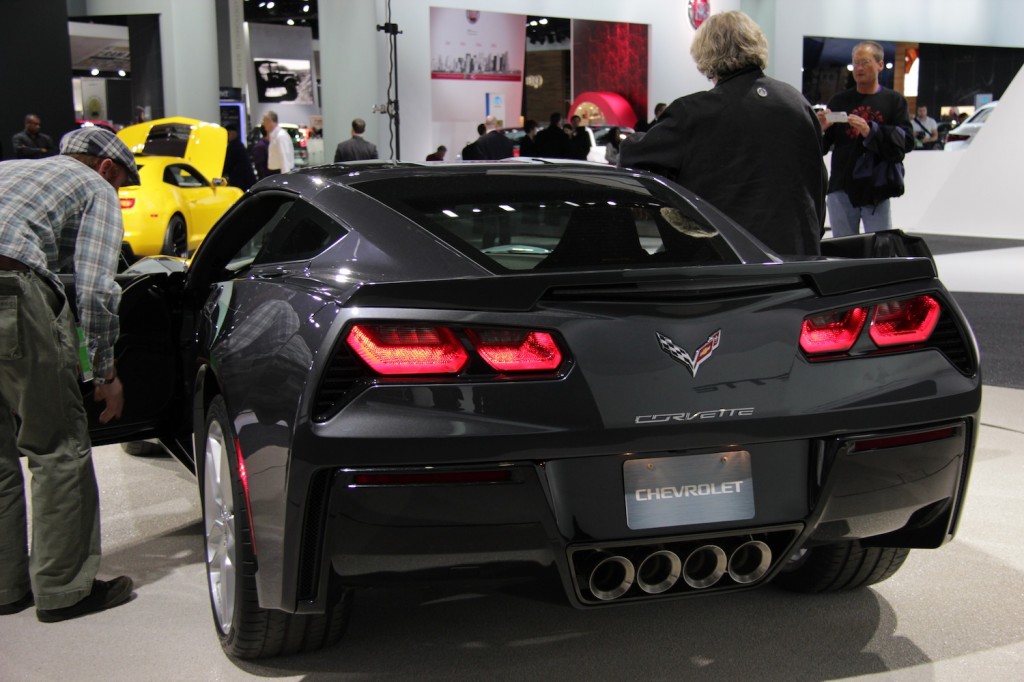 One little-known aspect about the C7’s rear lights is the way in which they are illuminated: the lights use hidden LED lamps that cast their light up from the bottom of the housing into a reverse reflector, creating an even glow. Even the white backup lights are illuminated by LEDs. 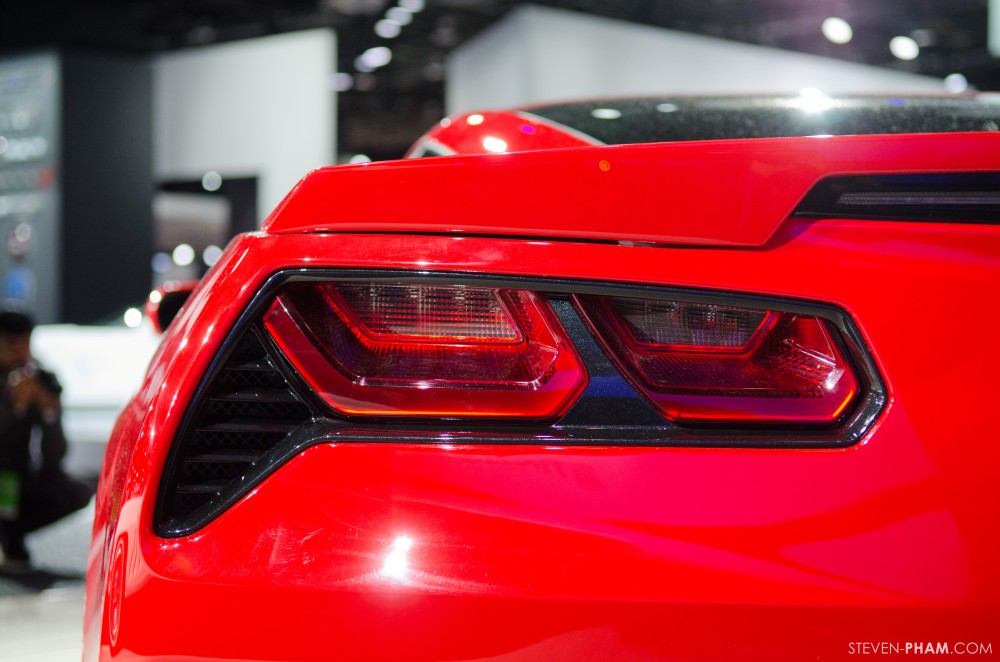 Aside from the entire rear end, it will most likely be the C7’s four shiny exhaust pipes that will be seen by the countless drivers the Vette will pass as it zooms down road all over the world. Four big, wonderful, beautiful pipes. 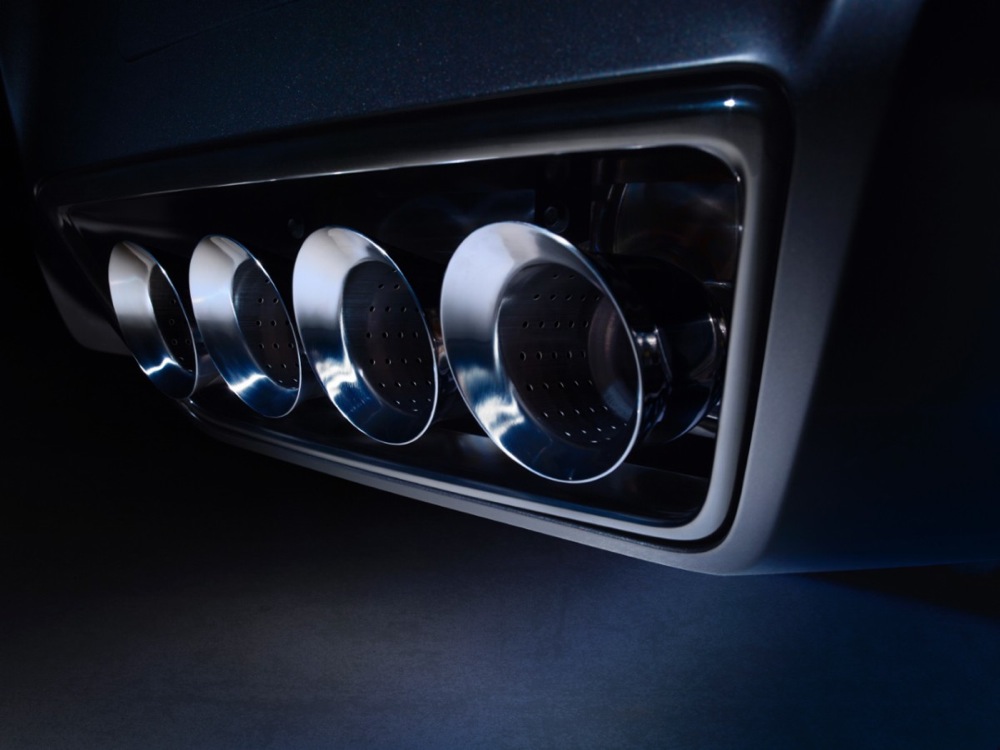 “From the front or rear, the signature lighting brings the new Corvette to life,” said Peters. “It looks beautiful, sinister and more than a little intimidating. It gives the Corvette a nighttime appearance unlike anything else on the street.”

Functional Design Not Just For Show 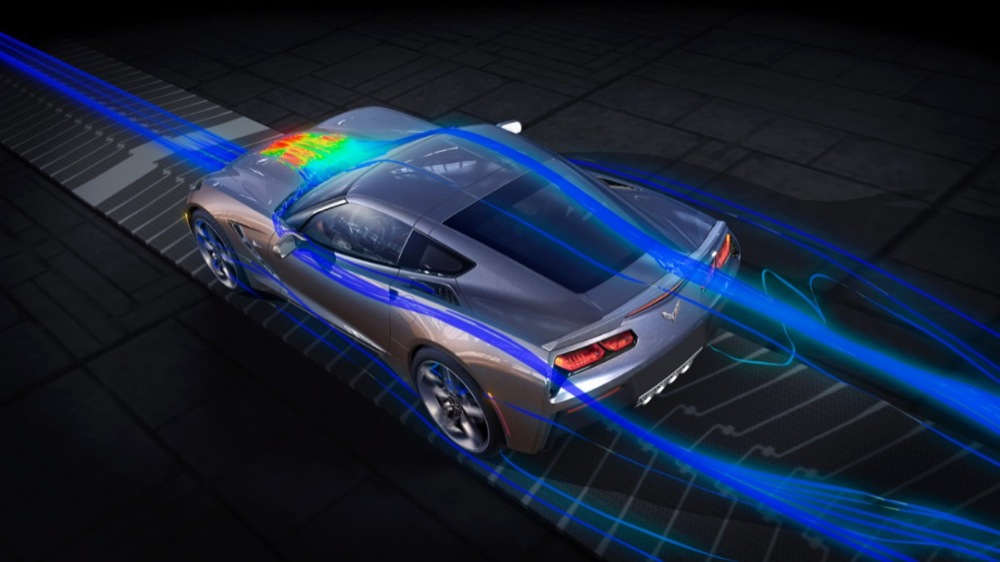 But the exterior of the C7 isn’t just about showmanship, as it is a statement of function and aerodynamics. Think of it not as a body builder, but rather an athlete who can accelerate, cut, and brake — all while looking sexy.

Engineers spent a significant amount of time on predicting and tracking airflow over, under, and through the Corvette’s body; much of this time was spent in the wind tunnel hand-sculpting surfaces for aesthetics and performance. The team also incorporated several principles learned from the Corvette Racing efforts in the American Le Mans series to help balance front and rear grip for high-speed stability — showcasing a pristine example of track-to-street carryover. 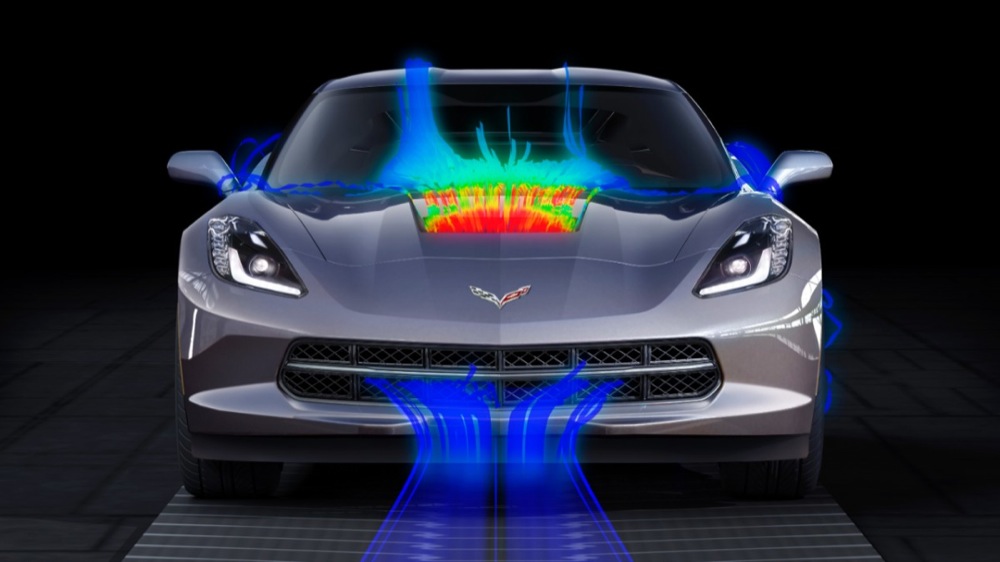 Highlights of the Vette’s functional exterior include: 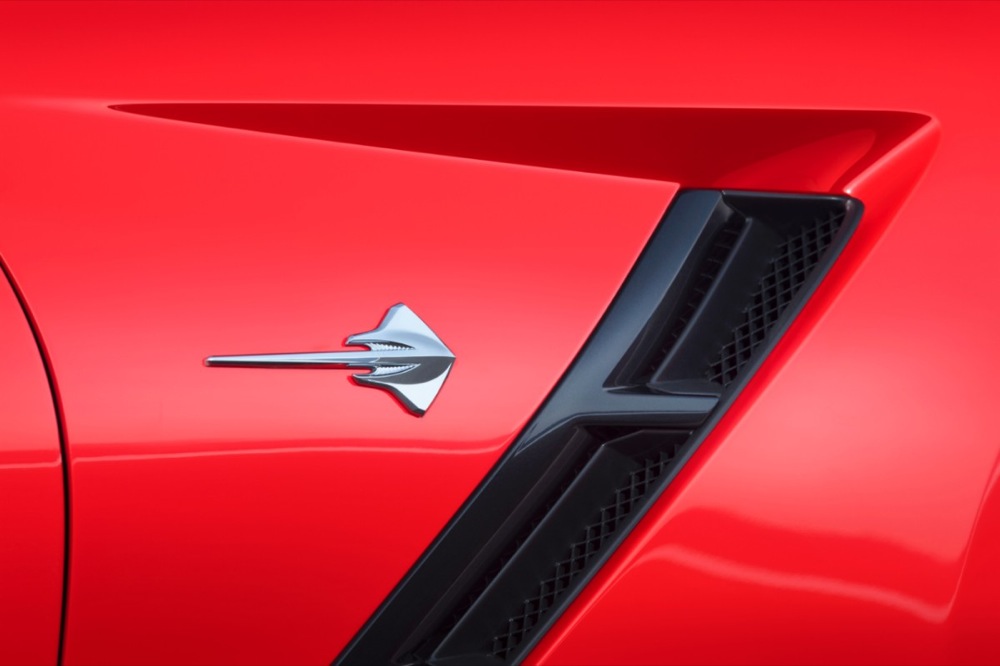 “The team delivered a great balance of low drag for efficiency and performance elements for improved stability and track capability – all in a sculpted design that excites in all the ways that a Corvette has for six decades”, said exterior design manager Kirk Bennion. 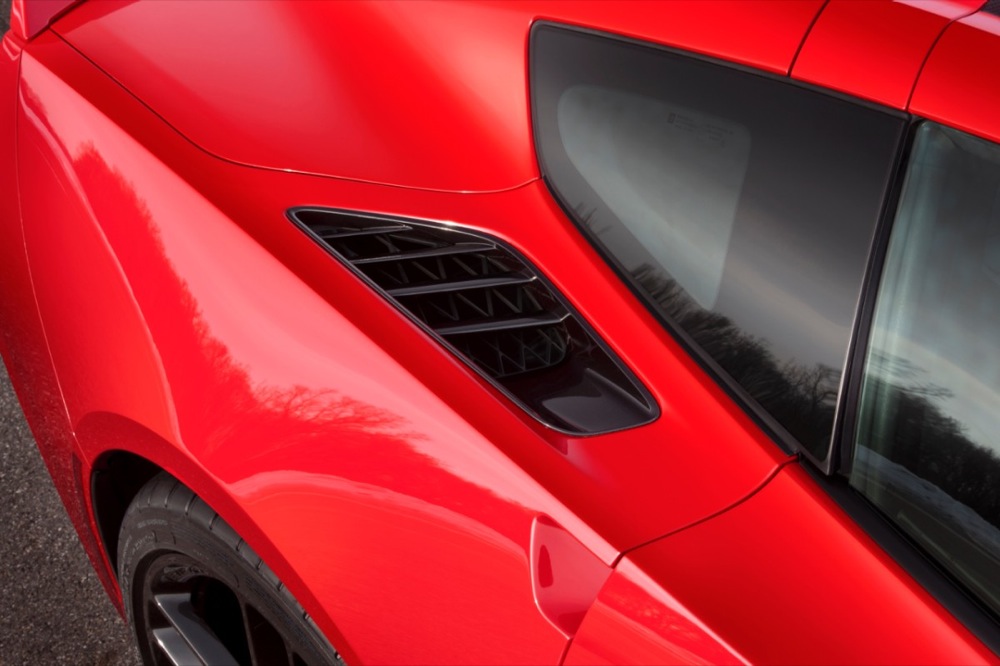 In fact, the extensive aerodynamic work can be most appreciated at higher speeds. According to Corvette Chief Engineer Tadge Juechter, the faster the C7 is driven, the better it feels. 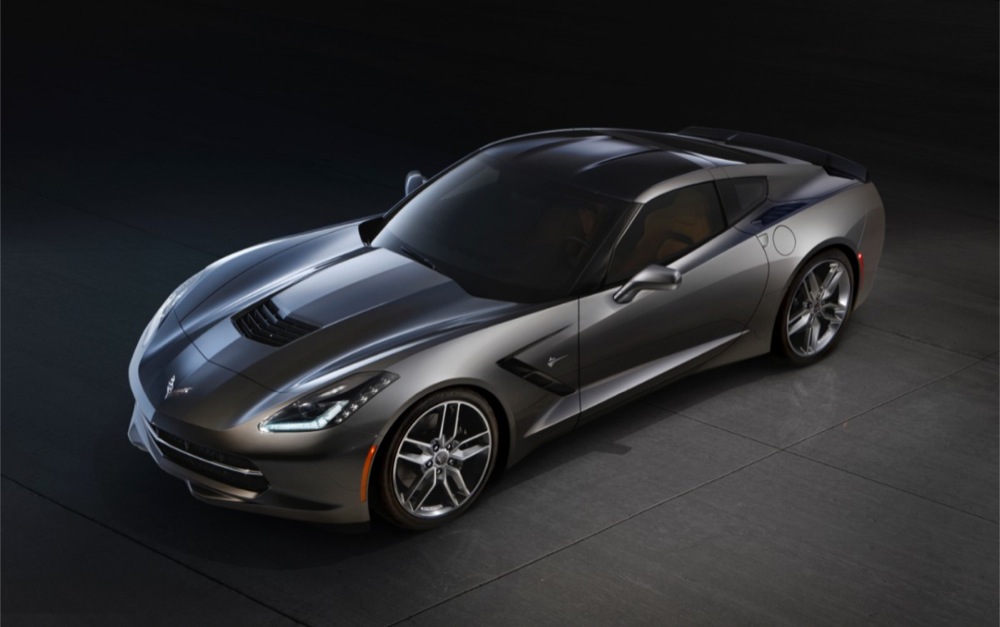 So, while every inch of the 2014 Corvette’s exterior is designed to enhance high-performance driving, the vehicle retains an aggressive, muscular, and bold appearance that’s also refined and dynamic — a feat very few designers have been able to achieve. It’s because of this that we here at GM Authority like to refer to the C7’s design as “controlled aggression”.

Perhaps GM CEO Dan Akerson put it best the week before the unveiling of the C7 when he said that the 2014 Corvette Stingray is “the most beautiful car ever made”.

The 2014 Corvette will be available in ten colors upon launch, including:

Stay tuned to GM Authority for GM news and subsequent deep dives of the 2014 Corvette, coming later this week.

PS: a special thanks to Steven Pham for some of these great photos you see here before you.