The 2014 Corvette isn’t due into the hands of eager buyers until the third quarter of 2013, so we still have several months to go before getting behind the wheel of the all-new American supercar. At that, we won’t know how the C7 really drives until later this year… but what we do know right now are some of the technical elements that will contribute to the driving experience of the all-new Vette. So hold your breath, because it’s time for another deep dive.

But before we discuss anything related to the intricate mechanical elements that define the C7’s driving characteristics, it’s important to keep in mind the foundation that all of these pieces will — in some way — attach to. We’re, of course, talking about the C7’s all-new lighter and stiffer aluminum structure.

Corvette engineers specifically designed the C7’s chassis and suspension to take advantage of the new frame. Thanks to the frame’s reduced structural flex, engineers were able to more precisely calibrate the C7’s suspension and steering for a more nimble and responsive driving experience.

“An important goal for the seventh-generation Corvette was to create a more intimate and connected driving experience”, said Mike Bailey, chassis vehicle system engineer. “Whether on the open road or on the track, we wanted drivers to feel comfortable and confident behind the wheel.” 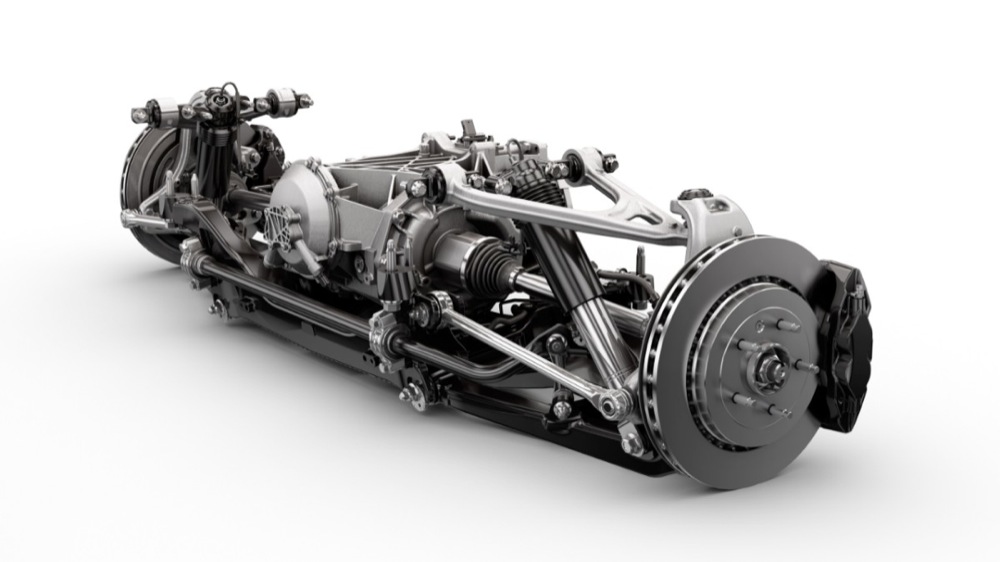 The C7 makes use of the short/long-arm suspension design in the front and rear, but makes use of all-new components. Improvements consist of hollow lower control arms, as well as new aluminum rear toe links. The control arms save roughly nine pounds (4 kg) per vehicle, while the toe links save 2.4 pounds (1.1 kg) compared to the steel links used in the C6.

The C7 features a new electric power steering system that offers variable ratios and variable effort to adjust the responsiveness and feel for each driving scenario. The system also provides:

In addition, engineers improved steering feel by increasing the stiffness of the steering system by:

A well-rounded sports car isn’t just about hot looks, acceleration, and handling. The ability to stop, or at least slow down, is crucial — especially on the track. Luckily, GM has equipped the C7 with standard Brembo brakes with four-piston fixed calipers. These racing-derived units provide impressive stopping power on the street and on the track. 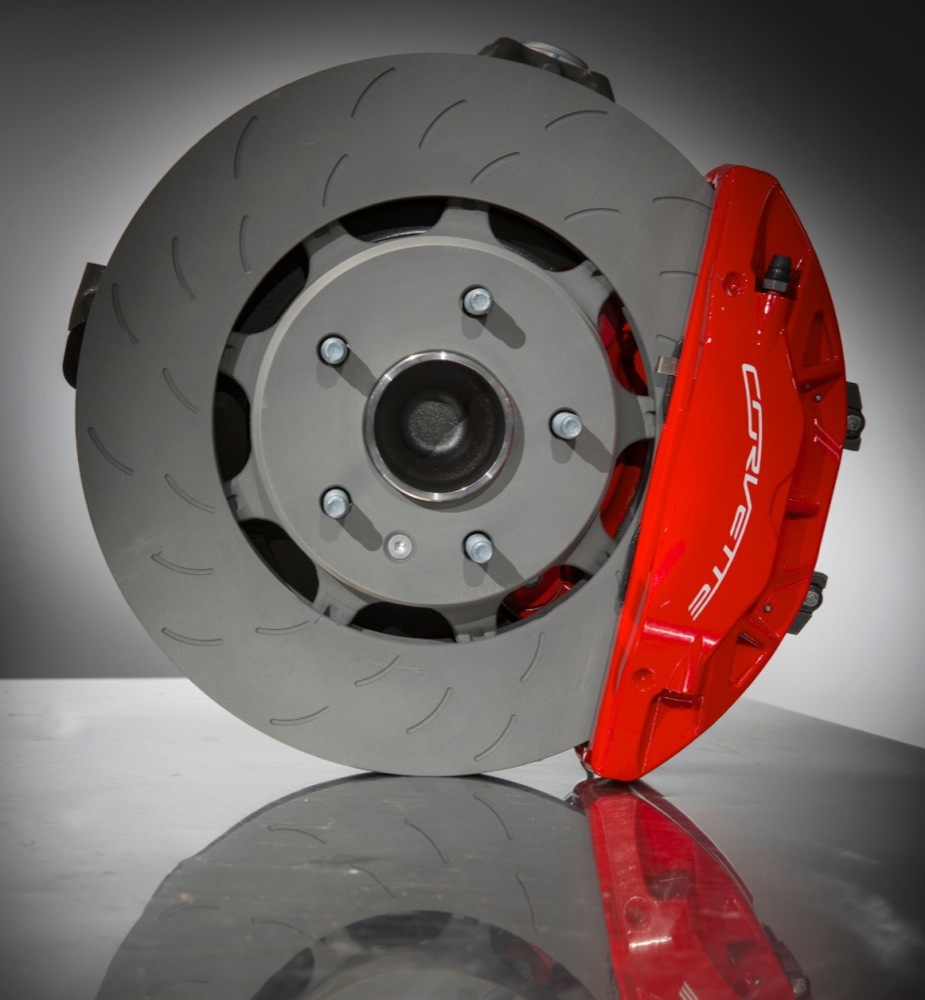 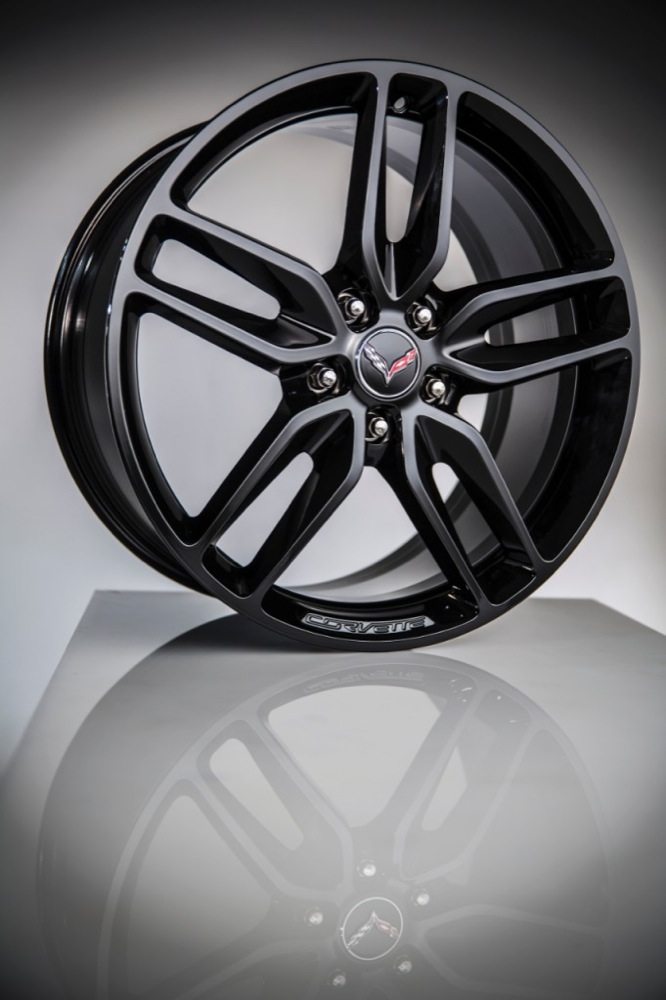 Stingrays equipped with the Z51 Performance Package can achieve 1g in cornering acceleration as a result of the new tires. The capability is comparable to the 2013 Corvette Grand Sport.

Not insignificant is the fact that performance levels are achieved with wheels and tires that are narrower and lighter. Thanks to the smaller footprint, rolling resistance is reduced, as are steering effort and road noise — resulting in a more nimble feel, more immediate steering response, as well as greater touring comfort and efficiency. 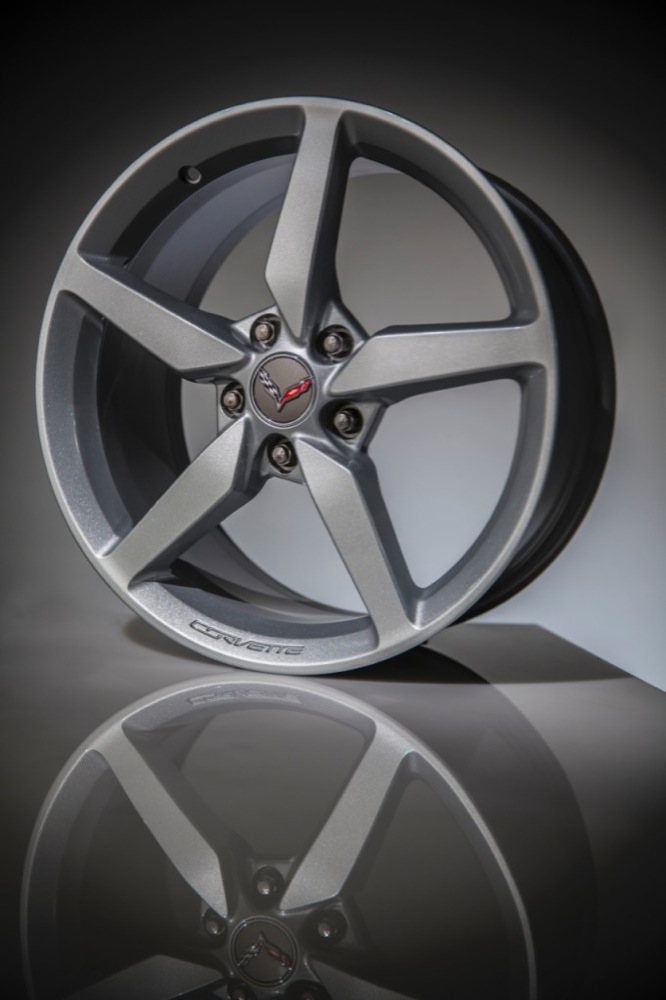 The track-oriented Z51 Performance Package features an intelligent electronic limited-slip differential (eLSD). The module attempts to make the most of the torque split between the rear wheels.

The setup features a hydraulically-actuated clutch that can infinitely vary clutch engagement and respond from open to full engagement in tenths of a second. The eLSD utilizes a unique algorithm to shift torque based on factors such as vehicle speed, steering input, and throttle position — all to improve steering feel, handling balance, and traction.

“The electronic limited-slip differential transforms the Stingray by optimizing handling for the driving situation,” said Mike Bailey, vehicle systems engineer, chassis. “By continuously modulating the torque split between the rear wheels, the eLSD can improve traction accelerating out of corner, improve stability on the highway and enhance steering turn-in and responsiveness.”

Far from being an isolated feature, the eLSD is fully integrated with the Stingray’s StabiliTrak and Performance Traction Management systems. Calibrations vary among three modes, based on the Drive Mode Selector setting:

Compared to the previous-generation Corvette C6, the 2014 Corvette Stingray rides on a wheelbase that is approximately an inch longer, while its front and rear tracks are roughly an inch wider. The slight increases in wheelbase and tracks result in a more stable driving experience that is most noticeable at high speeds. As a by-product, it might come as a surprise that the C7’s turning radius is decreased by approximately two feet for greater maneuverability in tight turns.

So whether you’re planning on grand touring your 2014 Vette, working her out on the track, or hooning whenever opportunity presents itself , rest assured that the C7 makes purposeful improvements in its ride and handling over the C6… plus, it looks stunning and has a high-quality interior, to boot. What’s not to like?