Remember that lawsuit that supposedly threatened the existence of the New GM? Apparently it’s growing legs — and is rather serious.

New York Federal judge Robert Gerber, who presided over GM’s bankruptcy proceedings in 2009, “may rule imminently” on the case — according to a source close to the case cited by the Washington Free Beacon. At the heart of the dispute is “a backroom deal devised by GM to fulfill the Obama administration’s demand for a quick bankruptcy, draining the automaker of nearly all of its cash on hand and leaving it in worse shape than it was when it collapsed in 2009.”

The WFB explains that a condition of GM’s bailout was to prop up its international subsidiaries (which we assume to be Opel); but the evening before entering bankruptcy, the automaker allegedly agreed to a $367 million “lock up agreement with several major hedge funds to prevent GM Canada from failing.” The pact apparently furnished the New GM with the ability to spin off its liabilities to Old GM, while using a multi-billion dollar bailout to establish the New firm. As such, old GM trustees are suing the hedge funds, and the decision by judge Gerber can reverse the entire GM bankruptcy if he were to reopen the case and rule in favor of the trustees.

“In this particular situation, there’s $1.3 billion in liabilities, but that’s just what’s officially back on the table if the court rules for old GM,” a bankruptcy expert close to the negotiations told the WFB. “If those go back on the table then everything could be back on the table and [new GM] would have to address them.”

The liabilities dated prior to GM’s bankruptcy were valued at $30 billion. As of this writing, General Motors has $34.6 billion in cash.

Discussions between the two parties are ongoing, with negotiators having met in New York last Thursday to try to settle the suit through mediation and avoid a court order. The judge has even voiced frustration with GM for failing to disclose the backroom deal:

“When I approved the sale agreement and entered the sale approval order I mistakenly thought that I was merely saving GM, the supply chain, and about a million jobs. It never once occurred to me, and nobody bothered to disclose, that amongst all of the assigned contracts was this lock-up agreement, if indeed it was assigned at all,” said Gerber in July.

Citing an insider familiar with the deal, the WFB states that U.S. and Canadian officials were actively involved and were in the building when the deal was being negotiated.

According to the WFB, GM “is taking the possibility of a negative ruling from Gerber very seriously. GM attorneys filed court documents saying that the lawsuit “could create a chaotic situation for GM Canada, spawn new litigation in other forums, and potentially provide a windfall to the noteholders.”

For his part, Judge Gerber had the following to say about the matter: “This has tremendous implications for future of American business and bankruptcy precedent,” he said. “It means more than just GM—this is the rule of law and how creditors are treated in the United States legal system.” 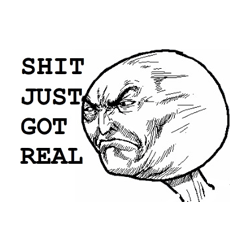