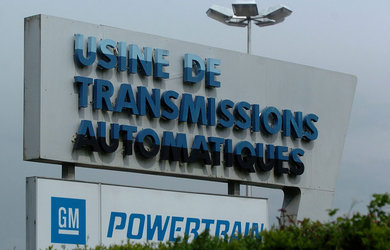 General Motors has officially announced the sale of its Powertrain manufacturing plant in Strasbourg, France to Punch Metals International, a company of the industrial investor Guido Dumarey. Punch Metals will acquire all of GM’s Strasbourg operations, including the production plant, engineering center, and die casting facility; all current employees will be maintained by Punch.

As part of the agreement that secures long-term future of the plant, General Motors has agreed to source supplies from leading automotive supplier ZF, which will in turn purchase transmissions from Strasbourg. As such, GM will continue to be a customer of  Strasbourg operations during the 2013/2014 ownership transition period to allow the facility a favorable level of operations and to provide for a smooth handover to the new ZF-based product line without an impact on the plant’s employment. It has been rumored that the new ZF product will be an 8-speed automatic transmission.

Meanwhile, Punch Metals will contribute “substantial investments into the facility” to upgrade its capabilities in an effort to “attract additional profitable business from other customers”, according to GM/Opel. The announcement is the result of a strategic review of the Strasbourg facility initiated in May of this year. The outcome denotes “GM’s commitment to its social responsibility vis-à-vis its employees and communities.

As always, the agreement is contingent upon legal and administrate approval, expected to be completed early 2013.

The New General Motors purchased the plant from Motors Liquidation in the summer of 2010.

This seems like a move in the right direction to turn GM’s loss-making European operations around and into the black. And offloading a few plants while decreasing unneeded capacity should help in a significant way.