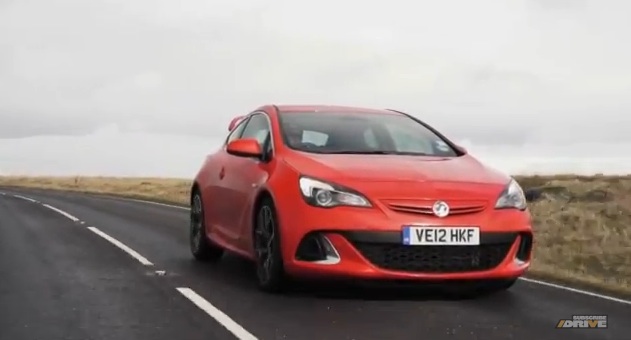 Hot hatches are the proverbial Swiss Army knives of cars: they’re utilitarian and stylish, while bringing a performance angle to the equation. In fact, that’s why — every day — we await for GM to bring a performance-oriented Cruze hatch to the States. But as we pass the time waiting, Drive’s Chris Harris took not one or two, but three hot hatches out on some British twisties — and tells us about the experience in the following video.

As far as the Vauxhall Astra VXR (Opel Astra OPC) is concerned, Harris found the 275 horse/295 lb-ft. of torque 2.0 liter high-output turbo-charged Ecotec (LHU) — the same engine found in the Buick Regal GS — to produce some turbo lag, with which he proceeds to have some fun by anticipating the motor’s power delivery. Meanwhile, Harris commends the Astra on it being an honest in-your-face hot hatch, while finding the seats to be nothing short of excellent.

However, Harris finds the car’s suspension to be oversprung yet underdamped — even before enabling the VXR mode, which — according to him — is when the VXR becomes “very unruly”. To that, we’d say: “are you a man, or a little boy who can’t get a grip on the car’s demeanor?”

We also find surprising that Harris criticizes the Astra’s quality-laden interior simply because he can’t figure out the purpose of all the (smallish) buttons found in the car’s center stack. “Sit in the car for a half an hour and play with the controls” is what we’d say to that assessment.

In any event, watch the video for yourself right here. All 20 minutes of it, and see who comes out on top: