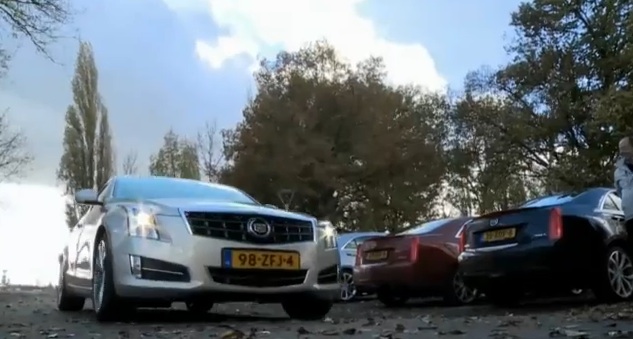 While the Cadillac ATS has been available in North America for about the last six months, the vehicle made its European premier in November. As part of the model’s launch event, Cadillac hosted an exclusive event for its existing customers as well as winners of a contest to attend the event for readers of the Autobild magazine in Germany and Switzerland. The attendees were treated to the same events as the European press during the ATS launch for the region.

The function commenced at Frankfurt Airport Sheraton with a reception and an overview presentation of the ATS. The group then conquered (some beautiful roads) roads on its way to the city of Würzburg (Northern Bavaria), arriving at Hotel Rebstock in Würzburg — where attendees could also experience the SRX alongside the ATS.

The arrival was followed by a cocktail reception, as well as a presentation of Cadillac technology and a Q&A session. A wine tasting & dinner followed. The following day, the ensemble commenced the day by driving from Würzburg to Frankfurt, stopping by the Gerbermühle restaurant/hotel for lunch.

According to Cadillac officials, the feedback on the ATS has been almost exclusively positive, with some attendees being surprised at the vehicle’s driving experience. In addition, the brand learned that many were now open to taking a closer look at Cadillac products, which is characterized by performance, luxury, and exclusivity — as emphasized during the video:

The ATS launch in Europe was closely followed by the Crossing Horizons drive ahead of the vehicle’s launch in the Middle East.