Need to move furniture, haul a boatload of stuff, or muggle an army of motorcycles into Mexico? Chances are, renting a box truck will be on your list of things to do to accomplish each task. If you live in North America, you’ve already seen these hard-working beasts all over town — probably in the form of a full-size white van with a huge box behind the cabin. And it just so happens that I couldn’t get out of moving some furniture this past weekend, and a local Chevy dealer was nice enough to lend me this 2001 GMC Savana cutaway van for the task. 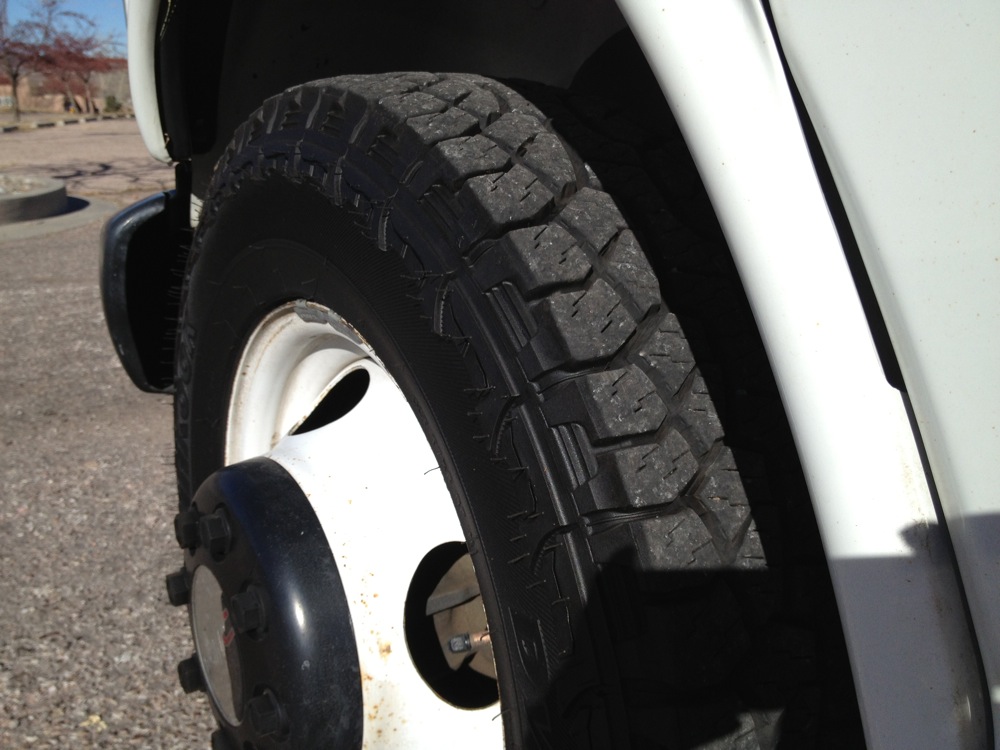 It all began after yours truly was handed the keys to “The Whale” (its nickname as coined by yours truly). I then embarked on the trip in the Savana 3500, which sports a 139″ wheelbase and cradles GM’s Vortec 5.7L V8, otherwise known as 5700 (RPO L31), under the hood. The dually van had six brand new (and meaty-looking) Hankook tires, which was somehow reassuring, even the roads were as clear as those on a fine summer afternoon. 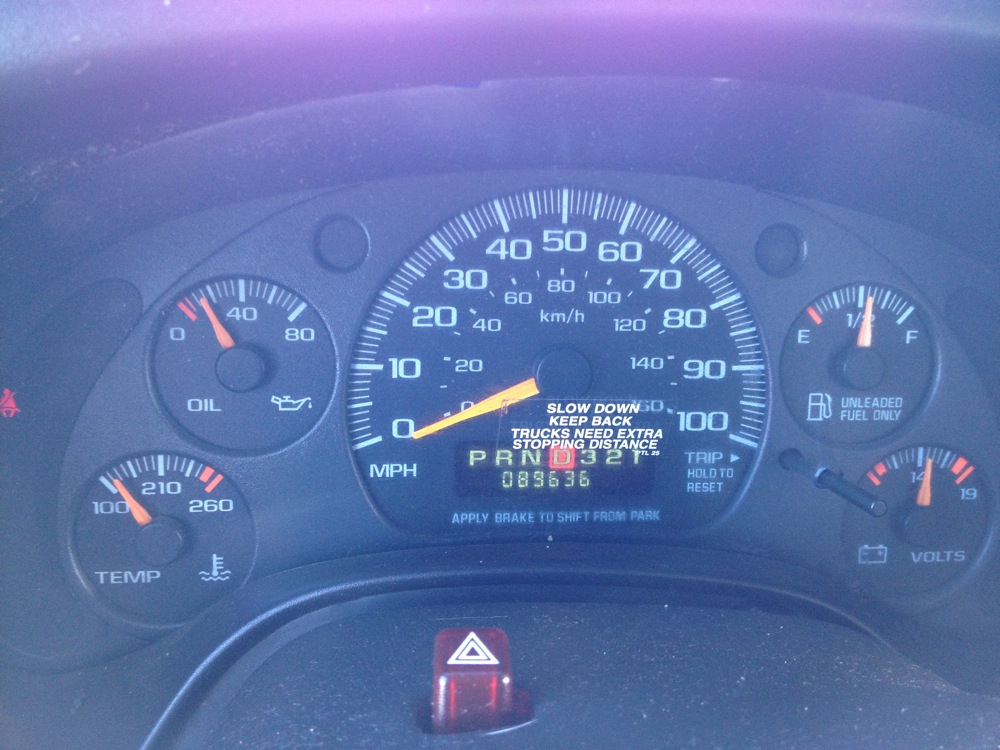 Driving a vehicle with the epic proportions of the cutaway was… different; but one can get used to it after a good hour or so of maneuvering the trucked-out-van and coming to terms with its proportions. What surprised me the most was the fact that the whale had under 90,000 miles on it — a fairly low amount for a truck that’s nearly twelve years old. Surprisingly, everything worked as expected: acceleration of the boxed-up Savana, courtesy of the Vortec 5700, was adequate and did the job well even when filled with some heavy furniture and building materials… but the four-speed auto didn’t do it any particular favors. Neither did the squishy brake pedal. 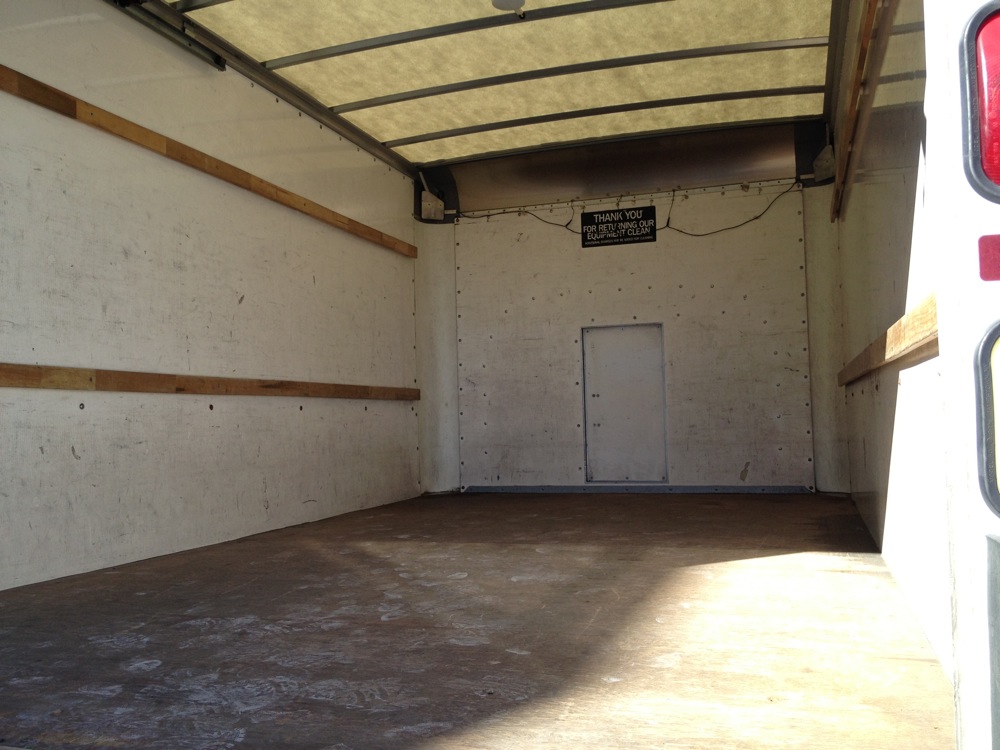 We loaded up the Savana with all kinds of goodies and were on our way down the highway and around the corner (literally). If I were to guess, we were hauling somewhere around 2,500 pounds. Luckily, the sliding door between the cabin and the box proved useful, as the passenger could be sure that not only was nothing rolling around in the box, but that yours truly didn’t leave the garage-like rear door open by mis-handling the box’s latch mechanism. 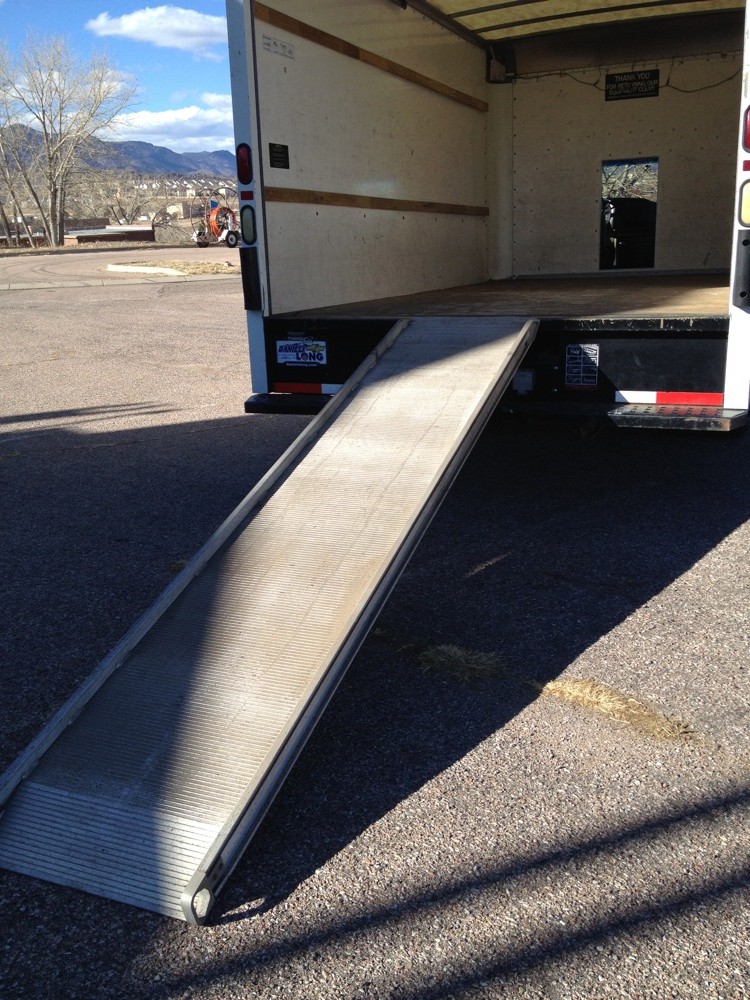 Speaking of the box, loading it up proved an easy task thanks to a convenient ramp that’s built into the box itself. Simply pull the ramp out all the way, place it on the ground, lift the truck-end a few inches, and latch it to box’s edge — that’s all it takes to properly initiate the ramp. As we made our way down the highway, I noticed that the wing mirrors lacked a side-to-side adjustment. Instead, they only tilted up and down; upon further examination, it appeared that they might have been aftermarket units, anyway. Oh well. 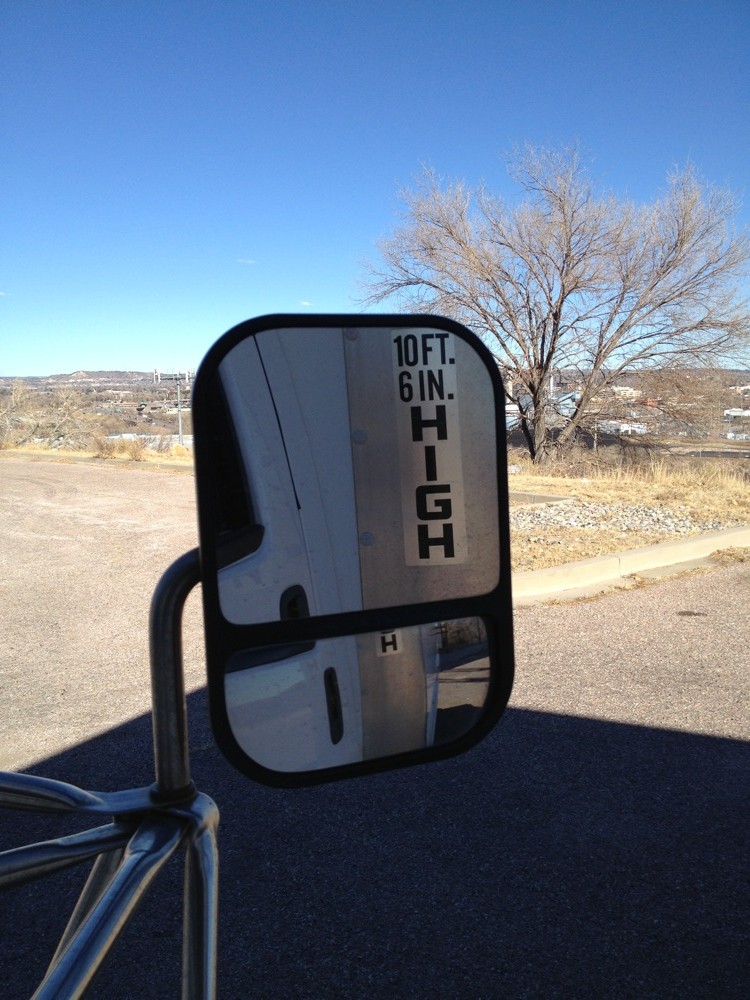 The box topped out at 10 feet and 6 inches, officially making The Whale the tallest vehicle I’ve ever driven… and maneuvering around a Starbucks drive-thru was just fine, although the feeling of pulling up to the window in a cutaway was rather odd. By good fortune, the coffee shop’s drive-thru was roofless. 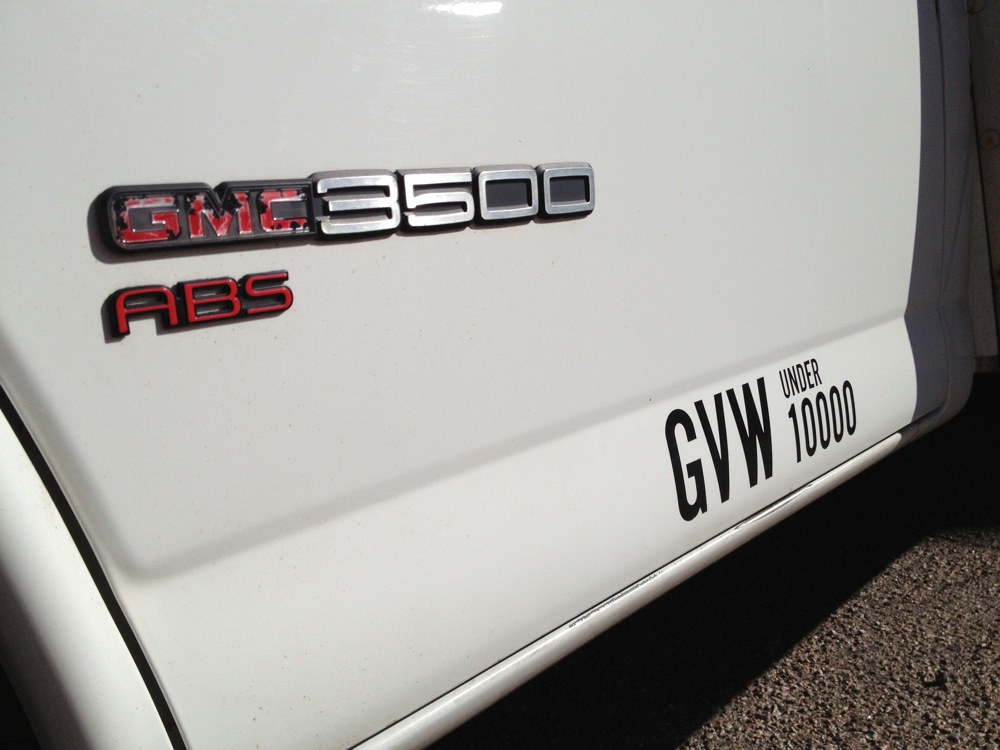 Well-caffeinated, we reached our destination safely and in one piece, unloaded the furniture (and the particularly-heavy piece of slate) using the awesome ramp, gassed up the truck and returned it to its rightful owners. And even though The Whale did its duty just fine, we have to wonder if GM isn’t going to be at a rather large competitive disadvantage with its line of vans — given that it will be the last manufacturer in North America to offer the “old school” line of vans. After all, the 2013 Savana is largely the same vehicle as was introduced back in 1996.