We brought you news of what Cadillac tuning firm D3 had in store for this year’s SEMA expo even before the show got underway late last month. And now that SEMA has come to a close, we’ve compiled a recap of D3’s efforts.

The tuning firm set out to do two things at this year’s Specialty Equipment Market Association expo — to debut new products and to continue showcasing its creative prowess in design. In doing so, the California-based Caddy tuner brought with it six Cadillacs, ranging in degree of performance from the most basic to the most extreme. 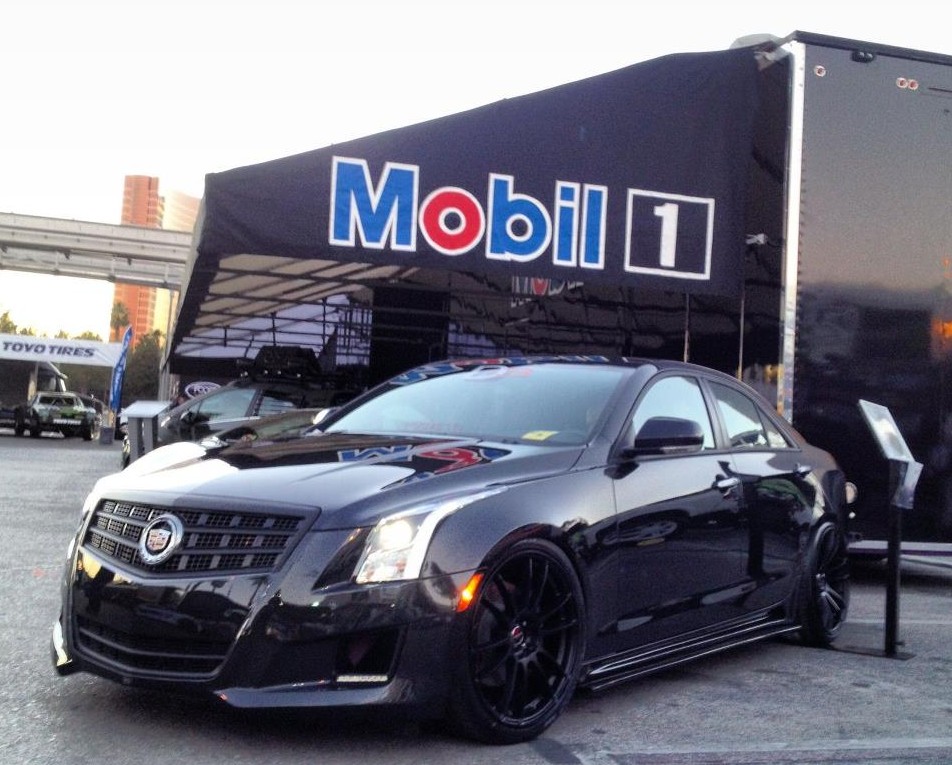 You’ve already seen D3’s aerodynamics package for the ATS, but we didn’t have all the details until now. Displayed in the Mobil 1 booth outside the South Hall of the Las Vegas Convention Center, the car’s kit includes a new front bumper cover, side skirts with an optional air foil, a rear roof spoiler, as well as a rear deck spoiler.

The car also features an air intake system and sits on 19″ Rays 57 Extreme wheels wrapped with Toyo Proxes 4 Plus rubber. To us, the black (paint) on black (wheels) ATS looks like something Batman would drive in an upcoming feature film. Suffice to say, we dig it for its looks and enhanced performance. Apparently, Rides Magazine agrees — ranking the car in the top three of its Best Cars of SEMA 2012 showdown. 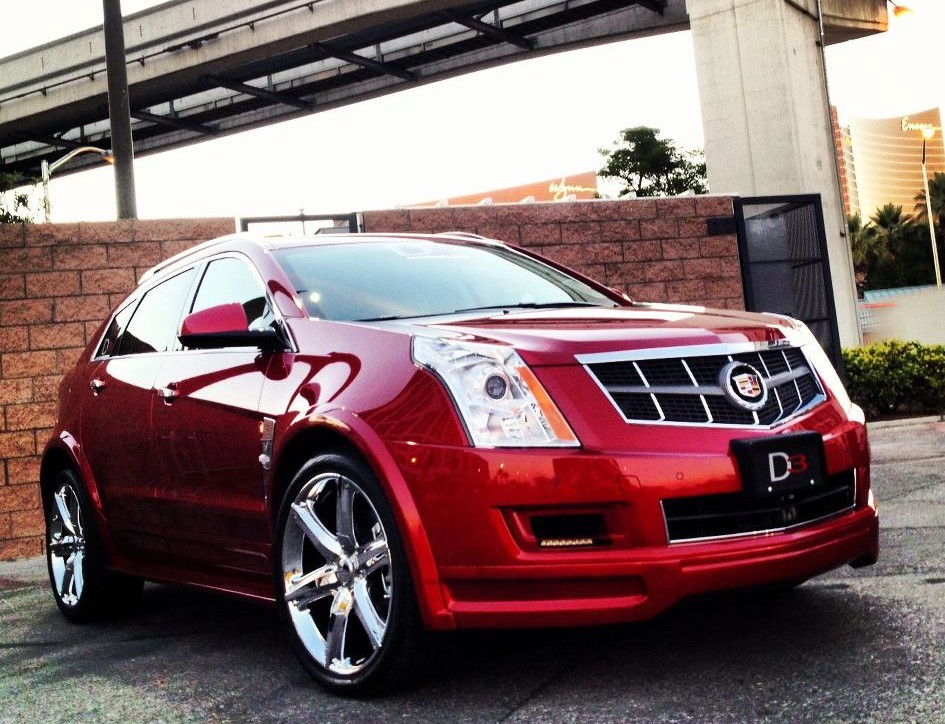 For those interested in hotting-up a Cadillac crossover, D3 brought the Newport Edition Wide-Body Kit SRX — which could be seen in front of the expo’s South Hall. The car includes a front spoiler add-on, fender flares, side skirts with an optional side step, as well as the rear “apron”.

D3’s goal with the Wide-Body Kit SRX was to maintain the elegance of the original vehicle while emphasizing the car’s already-defined lines. The car sits on Liquid Chrome 22″ c826 metal from CEC Wheels wrapped in Toyo Tires Proxes ST II. 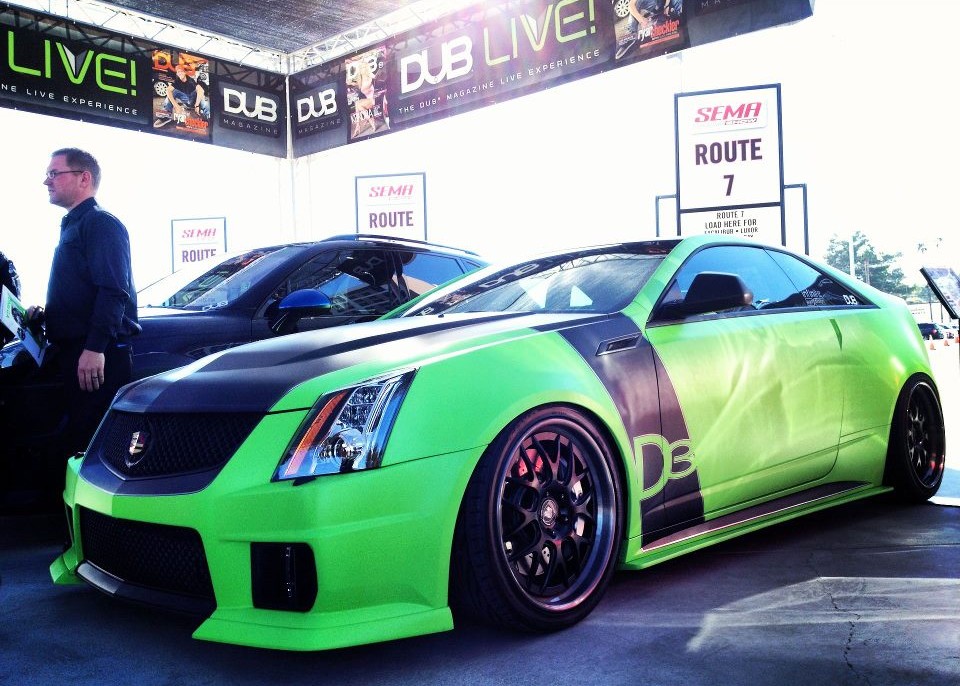 If you’re not a fan of green, don’t worry — this car is wrapped, not painted. Featured in the Dub booth and covered by a lime green matte wrap with black accents on the hood, roof, and trunk lid, the Operation Ivy CTS-V wears D3’s Aero Kit for the CTS-V Coupe — which consists of a front lip spoiler, side skirts with optional air foils, rear diffuser and rear blade wing.

And as if the 556 horsepower from a stock CTS-V wasn’t enough, the car is equipped with the D3 Stage 4 Tuner Kit that cranks power output to an amazing 700 horses. Rounding out the package were 20″ Nutek 508 Series Wheels with Toyo Proxes T1R tires. 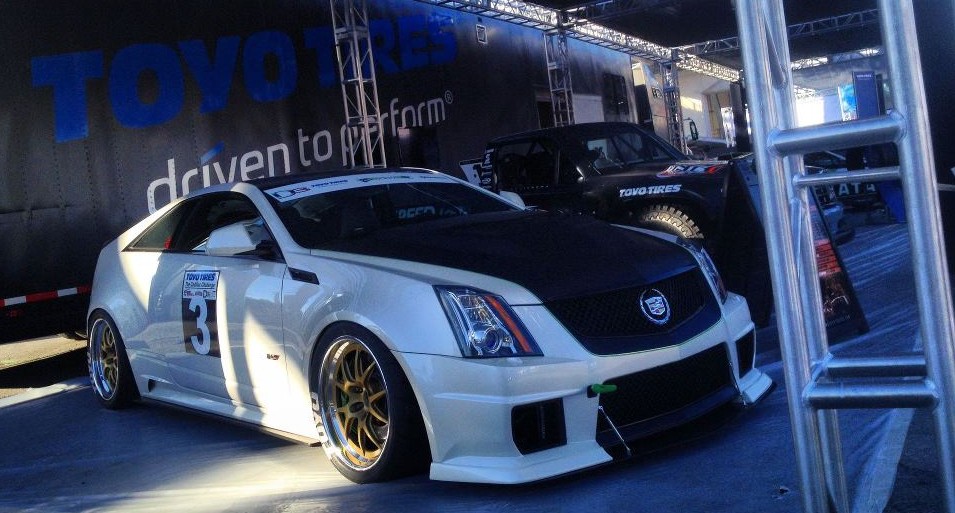 D3’s Legionnaire is for the weekend racer who may also want to use the car for daily driving. Displayed in the Toyo Tires booth, it features D3’s new Carbon Fiber Splitter and the D3/JRI Competition Coilover System. According to D3, the suspension system can handle extreme track conditions but is versatile enough for daily street driving. The suspenders are fully adjustable for ride height and offer several spring rate choices.

Demonstrating the car’s ability to hit up the track on the weekend, swap wheels, and drive to work on Monday — the Legionnaire was fitted with both street and race wheels. The streets were 20″ Forgeline DE3C Concave Series wrapped in Toyo Proxes T1Rs, while the race rollers were 19″ Forgeline GA3 Performance Series (Step Lip) adorned in classic race gold finish on Toyo R888 rubber (pictured). 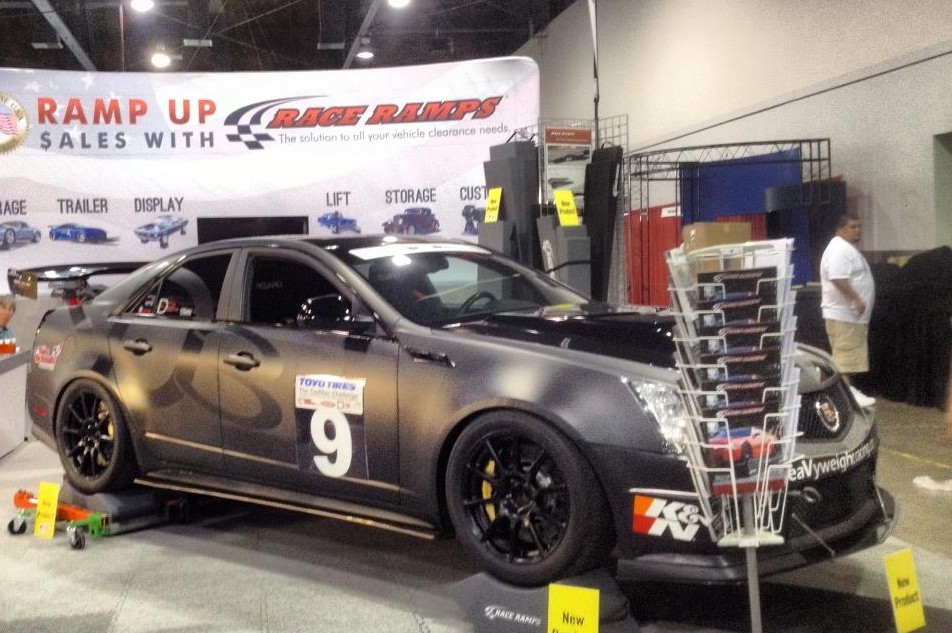 The Night Hawk CTS-V Sedan is a fully-prepared road race car. Displayed in the Race Ramps booth at SEMA’s South Hall, it features D3’s Stage 4 Tuner Performance Kit making over 700 horsepower. All that power will be even more noticeable thanks to the reduced weight of the CTS-V by means of a stripped interior; Recaro Pole Position seats adorn the otherwise barren cabin. 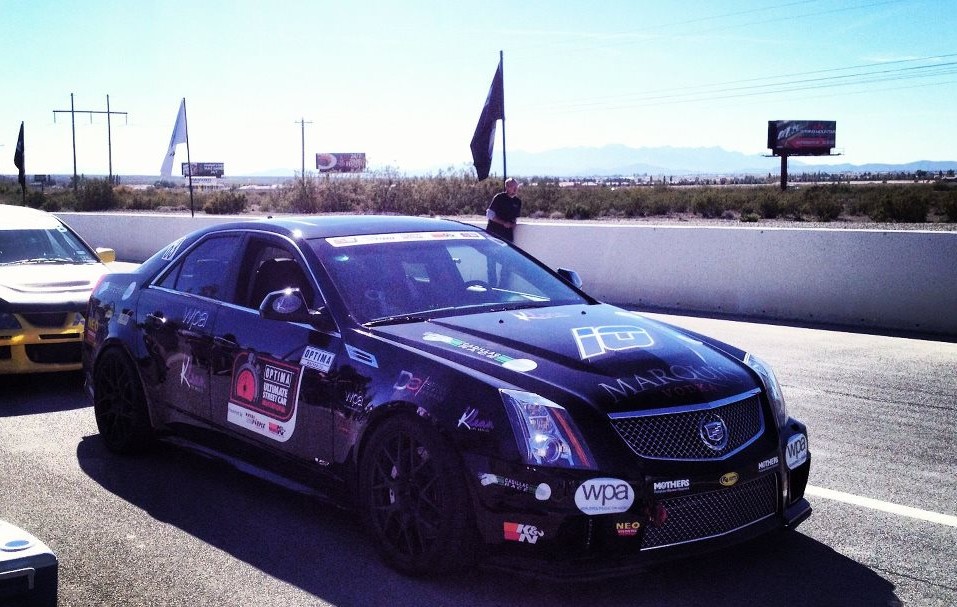 The D3-built WPA CTS-V Sedan Race Car that partakes in the Cadillac Challenge was also on display at this year’s SEMA expo. The vehicle was invited to compete in the Optima Ultimate Street Car Invitational on the Saturday following the end of SEMA.

Which Is Your Favorite?

And there you have it: six D3 Cadillacs at SEMA 2012 — each offering a varying degree of performance. Which is your favorite? Sound off in the comments.