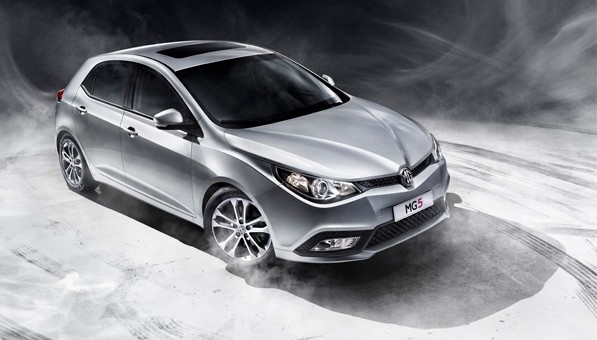 Previously known as Shanghai Automotive Industry Corporation (SAIC), now-renamed SAIC Motor Corporation Limited is one of the “Big Four” Chinese automakers, reporting $54 billion in revenue last year — which makes it the world’s seventh-largest automaker. Currently, the company says it has no plans to build or sell cars in North America for at least several years, according to President of SAIC USA Yi Lu. Coincidentally, SAIC is GM’s partner in the China-based Shanghai-GM joint venture, as well as a participant in another joint venture with GM and Wuling Automotive known as SGMW (Shanghai-GM-Wuling). The news comes on the heels of reports that General Motors will no longer produce the popular Chevy Cruze compact in Korea by 2015, instead electing to move production to plants in China and Europe.

Making his remarks at an auto industry conference about the Chinese market, Lu explained that the purpose of SAIC’s recently-opened U.S. headquarters in Birmingham, Michigan is to grow the company’s reputation in industry circles. The primary role of the office, however, is to assist in the import and export of parts for GM’s Shanghai GM joint venture.

A common theory throughout the global auto industry, however, involves the expectation that Chinese car makers will expand globally and possibly into the U.S. — where the effects of the recession are slowly waning. Currently, the only export market where SAIC sells cars is the U.K. — where the automaker markets vehicles under the storied MG brand that it purchased years ago. Analysts, however, believe that Chinese automakers will enter global markets cautiously — first focusing on regions where products will be most competitive.

There is also a precedent that Chinese OEMs can refer to when it comes to Asian automakers entering the U.S. market — when issues related to quality control were rampant with Japanese and subsequently Korean firms. But SAIC is well-versed in the practice thanks to the experience, know-how, and expertise learned during its joint venture with General Motors.

“These are companies that are well-schooled by the joint-venture partners,” says Bruce Belzowski, assistant research scientist at the University of Michigan Transportation Research Institute. “They understand the risks.”

So as Chinese market growth slows and overcapacity becomes an item of concern, it’s possible that Chinese OEMs will begin exporting excess units to markets outside of China. A WardsAuto forecast expects total vehicle sales in China to grow 5.5 percent in 2012 to 19.5 million units. That’s not a number to take lightly, but it’s nowhere near the double-digit growth seen during the last several years.

As of this writing, GM and SAIC are partners in Shanghai-GM and SGMW joint ventures. SAIC also has a similar partnership with Volkswagen, called Shanghai Volkswagen, as it does with General Motors, as well as two other ventures with Iveco-Hongyan and Pengpu. Individual brands marketed by SAIC include Roewe, MG (Morris Garages), Sunwin, Naveco, and Maxus.

The Chinese aren’t coming just yet… but everyone knows they are — eventually. Ironically for GM, its partnership with SAIC Motor is a double-edged sword wherein GM and SAIC are both partners, and competitors: on the one hand, GM is able to sell its cars in China (including Chevrolet, Buick, Cadillac, and Baojun) thanks to the joint venture with SAIC, since the Chinese government requires that non-Chinese firms partner with a local automaker to sell cars in the country. On the other, SAIC gained an invaluable amount of know-how, information, and intelligence from GM in a very short period of time — a circumstance that may put The General at a disadvantage in the long run.

So perhaps it’s time the U.S. thinks about putting Chinese automakers — when they do decide to start selling their (currently-inferior) vehicles here — at a similar disadvantage…