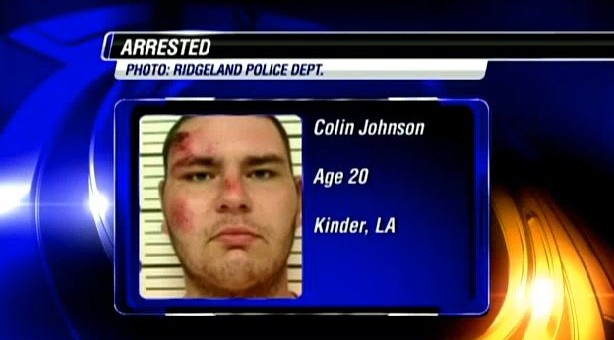 We did some gutsy stuff when we were 20, but nothing like this. 20-year-old Colin Johnson stopped by Watson Quality Ford in Jackson, Mississippi car lot last Wednesday where he first looked at a truck with a salesman, where a Chevy Camaro soon caught his eye.

According to reports, the unaware salesman grabbed the keys to the car, and popped the hood to begin showing off the Camaro’s engine. At which point Johnson put a taser to the back of the salesman’s neck, took the keys to the Camaro, and sped away. And if it wasn’t for another salesman watching the entire thing play out, Johnson might have gotten away.

The authorities quickly gave chase, pinning him and the Camaro outside of an elementary school, where Johnson tried to lose the cops by going behind the school and back out onto the road. He failed miserably.

From the looks of it, the *slightly used* white Camaro is packing a V6. Not that we would ever steal a vehicle, but a quicker V8 would make more sense.

Oh, and the Buick LeSabre Johnson drove to the dealership was stolen, too.