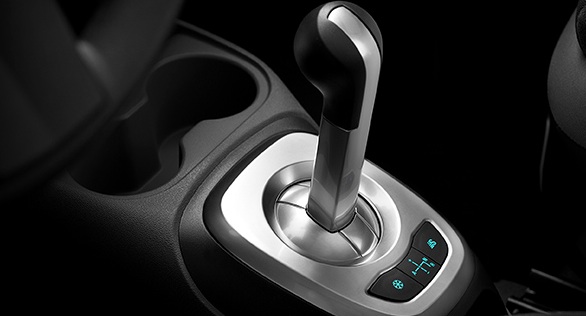 General Motors has begun offering an automatic transmission on its South American-market Chevrolet Agile for the 2013 model year. The gearbox, known as Easytronic Gen II, is actually an automated five-speed manual that uses hydraulic actuators that change gears under the command of the ECU. And since it’s actually an automated manual, there is no torque converter, either.

The Easytronic gearbox was developed by General Motors Brazil in collaboration with Magneti Marelli and is available in the top-of-the-line Agile LTZ, which also happens to offer the most features in its class. The transmission can be shifted manually by the driver while the fully-automatic mode results in reduced gasoline emissions and fuel consumption.

It’s mated to the Agile’s one and only engine — the 1.4 liter EconoFlex gasoline-burning four-banger making 96 horsepower (71 kW) and 95 lb.-ft. (129 Nm) of torque. The engine is capable of running on ethanol, where it makes a slightly more 101 horsepower (75 kW) and 97 lb.-ft. (132 Nm) of torque. Easytronic also offers a creeping mode that drivers in North America and Europe have been experiencing for at least a decade; the feature is extra convenient in parking lots or other driving instances where a controlled slow speed is called upon.

As it stands, automatic transmissions have been hard to come by in mainstream (non-luxury) vehicles in South America, as most vehicles sold in the region have historically been equipped with manual gearboxes. But demand for self-shifting trannys has been on the rise, making the addition of the automated Easytronic a very welcome addition to the subcompact Agile.

The subcompact segment is very important for General Motors, since most new car sales in the South American region occur in the subcompact economy sector. As such, offering an automatic transmission makes the car significantly more appealing to shoppers.

As of October 2012, Chevrolet sold more than 200,000 units of the Agile — which shares its architecture wit the Montana pick-up truck — in Brazil. The 2013 Agile started arriving in Chevrolet showrooms in Brazil in the beginning of November.