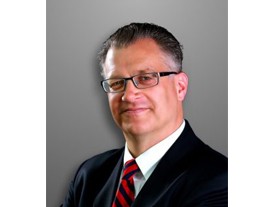 Effective immediately, SAIC-GM-Wuling, the manufacturing joint venture between GM China, SAIC, and Wuling Motors, has a new executive vice president in Raymond Bierzynski. Reporting to the president of GM China (and chief country operations officer of China, India, and ASEAN) Bob Socia, Bierzynski — 52 — will be based in the SAIC-GM-Wuling headquarters in Liuzhou, Guangxi.

Since June 1, 2011, Bierzynski was the executive director of Electrification Strategy for GM China. In that position, he was responsible for “coordinating and accelerating the commercialization of electrification technologies in the world’s largest vehicle market”, according to a General Motors press release. It seems that the trifecta of joint venture partners is still on the lookout for a replacement for Bierzynski, since his successor will “be announced at a later date”.

Prior to the electrification gig, Bierzynski headed up the Pan Asia Technical Automotive Center (PATAC) from 2004 to 2007 and was also the vice president of GM Asia Pacific and GM executive director of China Engineering from 2007 to 2009. Bierzynski’s career with The General began in 1978 with Cadillac — back when it was known as the Cadillac Motor Car Division — in Detroit. Having worked in Exterior Components for the Cadillac/Luxury Car Group, Bierzynski moved to the Mid/Lux Car Group in Warren as the director of Exterior. Subsequently, he served as the director of Architecture Integration Design for Car Group Engineering before becoming executive director of Advance Purchasing.

Bierzynski holds a bachelor’s degree in mechanical engineering from Kettering University as well as a mater’s degree in business administration from Harvard University. In 2006, Bierzynski was awarded the Magnolia Award — which is given by the Shanghai government to those recognized as contributing socially, economically, and culturally to the municipality by foreign experts, scholars, and entrepreneurs — for his “efforts to strengthen PATAC and promote technical exchanges between China and other countries”.