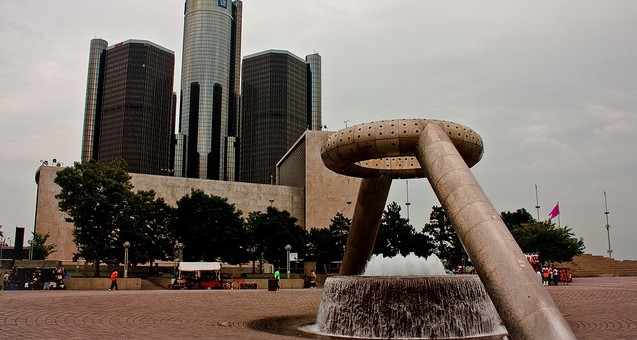 Just like the mythical phoenix, the New General Motors was re-born from its (good) ashes in 2009. The newly-formed entity is healthier than ever: it’s profitable, enjoys lean operational efficiency, has the most focused brand strategy in decades, and will have a completely revamped and very competitive product lineup by the end of 2013. But all that is not to say that everything is nice and rosy: there are still problems that need to be solved and eliminated. In my opinion, the following three primary ailments need to be vanquished in order for GM to reach its highest potential.

If you’re as tired of seeing reports about how bad GM’s European operations are leaking money, then you’re not the only one. Since 1999, the automaker’s European unit lost $16.8 billion — and there doesn’t seem to be an end to the losses in the near future. However, GM is working hard to turn its European business around.

Earlier this year, it formed an alliance with PSA Peugeot Citroen to increase the economies of scale of both manufacturers as it relates to buying, logistics, vehicle development, and possibly plant utilization. And while the fruits of the partnership aren’t expected to produce any significant savings until a few years from now, the alliance doesn’t solve the root of the problems with GM’s European ventures — significant plant overcapacity.

Luckily, it seems that the new management team is exploring all options, including replacing the Opel brand altogether in some European markets and spinning it off as a newly-created joint venture with Peugeot, among other creative business strategies. But even if GM ends up miraculously offloading Opel in the face of a strong union and deep national ties, it will still be left with Chevrolet in the European market — which holds around one percent market share in the region. Chevy’s European sales are growing, albeit slowly.

Whatever the solution, it’s clear that GM needs to stop bleeding money in Europe — and the formula isn’t as clear-cut as most would like.

Next to the unprofitable European unit, GM’s underfunded pension liability amounts to the second largest risk to the company.

Earlier this year, GM moved to de-risk its pension burden by offering some 42,000 of its 118,000 former salaried retirees (who left GM between October of 1997 and December 2011) and their surviving spouses a lump sum payment. Those opting to keep the monthly check have been switched to an annuity provided by Prudential Insurance.

According to GM, the change eliminates $26 billion of its $134 billion in worldwide pension obligations, with most of the cost paid with money GM has set aside in its pension fund and an additional $4 billion from its corporate funds. That still leaves its global pension plan underfunded by roughly $25 billion — with $109 billion in assets and $134 billion in obligations.

Getting out of the pension game allows GM to do what it does best: designing, engineering, and building vehicles — rather than managing pension-related finances. But at the end of the day, GM is still left with a $25 billion liability that it will need to address sooner rather than later.

The General still bears the Government Motors stigma thanks to the 2009 bailout that allowed the New GM to exist. Granted, there is a whole lot of misinformation about the bankruptcy and the current state of affairs. And while GM may never escape that image with a particular subset of consumers, perception is reality… and just like some spilled coffee on a breakfast nook, the subject of federal ownership is quite sticky: should the U.S. Treasury divest its remaining share and take a whopping multi-billion-dollar loss? Should it wait until the stock appreciates to ultimately sell it? Or maybe GM should just start buying back the shares from the non-private shareholders with outstanding shares, such as the U.S. and Canadian governments. If so, at what price should it buy the shares? There isn’t a clear-cut answer to any of these questions — but someone, at some point, will need to make a decision.

Ultimately, these three items represent the biggest problems faced by the New General Motors today. Solving them would likely send the stock price way, way up (there’s the solution to the stock issue) — and, perhaps allow The General’s employees to focus even more on creating class-leading vehicles that sell very well across the globe, rather than on dealing with politics and other non-core business functions. At the end of the day — fix these three things, and everything will get more rosy rather quickly.