Ah, the Buick Enclave. My mother’s vehicle of choice for the past five years. I know this crossover. Or at least I did, until this new one came around. Immediately, the differences were noticed. Inside, outside, mechanically, and emotionally. Most would agree that it’s hard to get geeked up about a three-row full-sized crossover that will find its way into subdivision driveways in the coming months, but there is a sense of character emanating from the 2013 Buick Enclave that’s exceptional.

Receiving its first major refresh since the crossover initially launched in 2007, the 2013 Buick Enclave takes its appearance to new heights, with several big changes in both the cabin and around the exterior. In short, the Enclave’s new skin is charmingly more polished and more upscale than before. 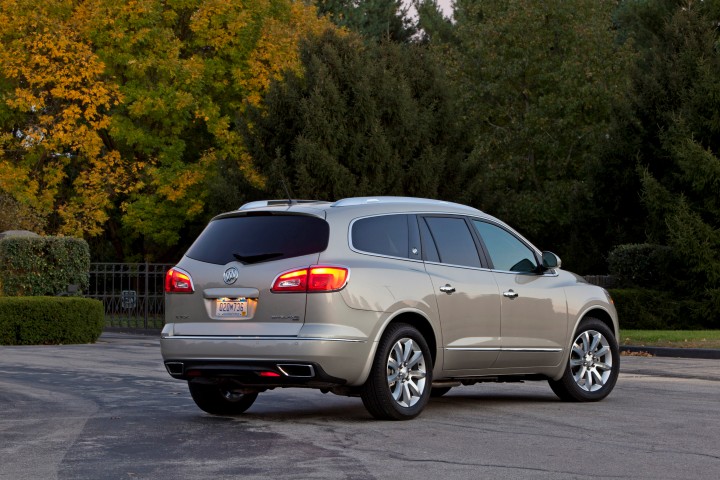 The new front clip brings to us a larger, darkened chrome  waterfall grille, while the new head light, fog light and tail light designs feature LED accent lighting — something to look out for in all future Buick models. Designers could have stopped there, but thankfully the extra step was taken to make the side-skirts match the color of the rest of the outer shell, leaving behind the cheap-looking two-toned look of the outgoing model, while dual exhaust tips lay flush in with the bumper. Additionally, the 2013 Encalve’s C-pillar has been blacked out, giving the rear windows a more streamlined, single-piece appearance.  And on the dark, glossy C-pillar now rests a silver Buick emblem. A subtle change which in our eyes makes a huge difference in person — not unlike the feeling we got when glancing at the Chevrolet Camaro’s new mirror. Rounding out the exterior changes are the wheels, with 18-inch alloys being standard, while restyled 19- and 20-inch machined aluminum wheels are available. Comely new exterior colors also debut, of which they are titanium cloth, mocha bronze metallic, champagne silver metallic, Atlantis blue metallic, and iridium metallic.

The interior’s revision features less finesse, and instead takes the approach of refining the details. The wood trim now appears far more upscale than before, the dash now features accented stitching, and at the base of the windshield wraps the largest LED strand GM has ever offered in a vehicle, tracing a line of wood trim that stretches from door to door. In the center of that ice-blue line of sex appeal is an “Enclave” badge, another subtle touch-up that just completes the package. Rounding off the list of upgrades is the IntelliLink infotainment system and touchscreen and alluring digital readouts on the front HVAC controls. As a minor improvement,  the front headrests are now four-way adjustable. And you wouldn’t notice until you needed it, but the Enclave also debuts an industry-first front center side air bag to help protect drivers and front passengers from knocking into each other in far-side impact crashes. 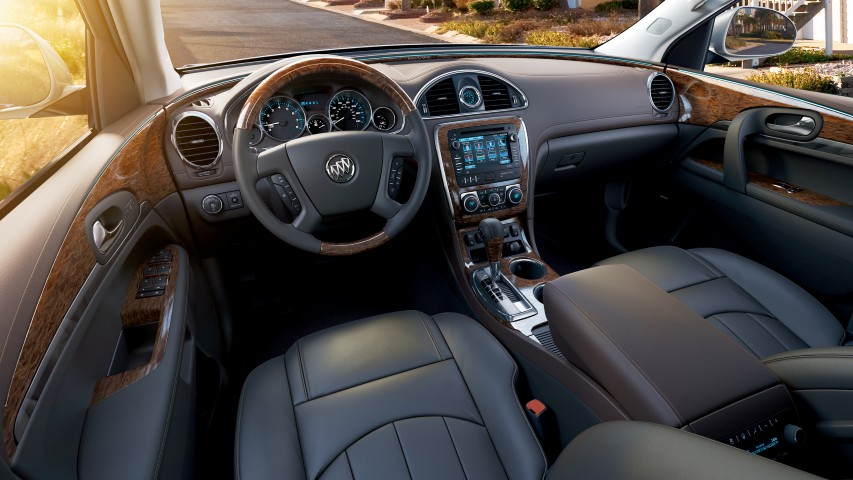 Adding to the interior color combination palette are “choccochino” leather (as seen on the Verano) and a rich, deep cocoa leather. And aside from the front passenger seat now getting available 8-way adjustable power, the seats themselves haven’t changed. Nor has the front instrument panel, and yes, the pixelated monochromatic driver display center is still there — a mediocre contrast to an otherwise fantastic layout. I mean it. Properly optioned out, the cabin is simply awesome overall. 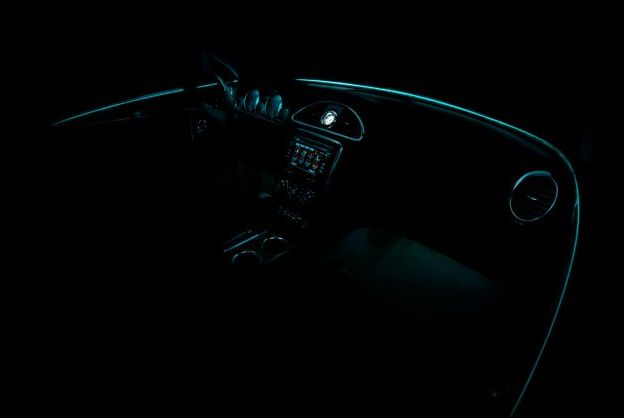 Check all the option boxes, and we were told that the new 2013 Enclave will tip the scales above $50,000 — yet the 288-horsepower V6 will remain unchanged. Usually with a sticker price that high, buyers expect at least one other engine option, don’t they? Yet they are left with the same engine, horsepower, and fuel economy rating (17/24 mpg for the front-drive model and 16/22 mpg for the all-wheel-drive variant) as when the Enclave launched five years ago. Then there’s the omission of a push-button start. Not that it’s a deal-breaker, but the feature is modern, and is aesthetically pleasing. However, drivers will notice a gratifying difference in the way the 2013 Enclave’s transmission feels from the outgoing model, in that it’s much more deliberate and brisk than the old trans, which at times can hesitate from shift to shift. The ride and handling characteristics also take a softer, quieter approach this time around — an admirable Buick trait.

Driving the 2013 Buick Enclave around the ritzy area of Birmingham and Bloomfield Hills, Michigan seemed extensively appropriate, blending right in with the traffic of other luxury sedans and crossovers both foreign and domestic. But perhaps the experience can best be summed up to a moment when a total stranger took pause to stare at the 201.9-inch vehicle in affection as it rested curbside. And like the Verano Turbo, the 2013 Buick Enclave left us with an enjoyable feeling in our gut, and a sign that Buick will continue to move upmarket. But we will still need more time with one to see if these feelings stick.