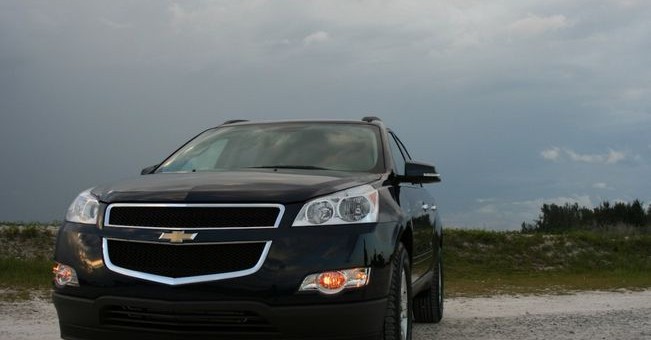 Priority Chevrolet in Chesapeake, Virginia is facing a $2.2 million lawsuit from a more than disgruntled customer, after the dealership had him arrested in his own yard.

The scenario begins back in May, when customer Danny Sawyer decided to trade in his 2008 Saturn Vue in for a new 2012 Chevrolet Traverse after test driving a blue one. Pay attention to that detail as we move forward.

After purchasing a black Traverse on the lot, Sawyer seemed to have caught a case of buyer’s remorse, as he returned to Priority Chevrolet and asked to trade his black Traverse in for the blue one he originally test drove. The sales manager on site agreed to the trade. But according to the lawsuit, Sawyer was left unaware that the blue Traverse was roughly $5,500 more than a black one. Predictably, the sales manager disagrees with the claim, saying Sawyer verbally agreed to the $39,000 price for the blue Traverse when he traded.

Despite what the manager claims, the final contract Sawyer signed for the new blue Traverse was for around $34,000 — several thousand under what it was supposed to be — which was paid for with a cashier’s check.

Here’s where it gets dicey. The dealership realized it had made a mistake on the contract and asked Sawyer to return to the dealership to sign a new contract. Sawyer refused, and then stopped answering the phone calls. After several unanswered attempts, Priority Chevrolet radioed the fuzz and reported the Traverse stolen. Quickly after, Sawyer was then arrested on his front lawn, and taken in front of a judge, where he was released on bond after spending four hours in jail.

After the drama, Police dropped all charges after concluding that there wasn’t enough evidence to press charges on Sawyer. Needless to say, Sawyer is pretty steamed about how the whole situation, and has motioned to sue Priority Chevrolet for $2.2 million plus legal fees.

Enter Dennis Ellmer, president of Priority Chevrolet, who told the Virginian-Pilot “I owe Mr. Sawyer a big apology.” Ellmer admits that his staff made a mistake when they charged Sawyer $5500 less than they should have, and of course again when they called the police.

Ellmer said he’ll let Sawyer keep the $5500 difference and patch things up by sitting down and having a conversation with him, but Sawyer’s lawyer said that more than an apology is needed.

“I can’t tell you how I plan to fix it, but it is my intention to make it right,” Ellmer said to the Pilot.

Perhaps a fleet of blue cars.