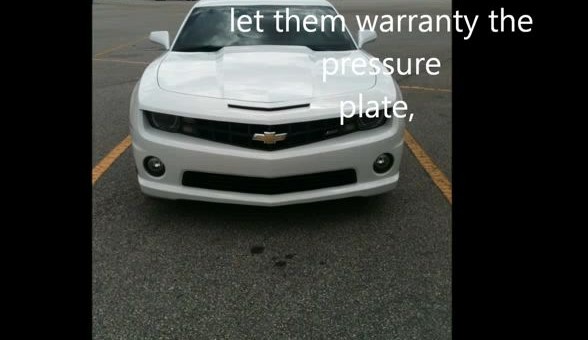 Not far off the heels from last week’s Chevrolet Traverse dealership horror story, and a Camaro rental car rip-off comes another tale. And it reminds us that when you can’t leave people to their own sense of integrity, especially when they’re involved with maintaining your property, sometimes it’s best to take precautionary measures to ensure everything is taken care of properly when you’re not on watch. That’s what this Chevrolet Camaro SS owner decided to do by placing a recording device in his vehicle when he left it to Best Chevrolet in Easley, South Carolina to evaluate a clunking noise in the manual transmission. What he chronicled is pretty awful.

Before you listen to the recording, this is your obligatory NSFW warning. There is strong language spoken from the service crew.

The dealer employees spent 20 minutes joyriding in the 426-horsepower coupe, and instead of evaluating the car for an issue, they thrashed the car and fried the clutch — as evident from the voice recording.

It gets worse. Towards the end, the service workers plot to bill the customer for replacement parts and charge General Motors for warranty work as well.

Smooth. Listen to it all unfold in the video below, and voice your opinion on what should happen next in the comment section underneath. Is this form of *evaluation* acceptable in your eyes?