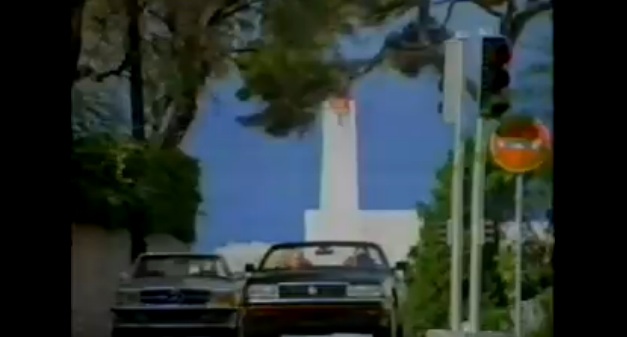 Introducing the Cadillac Style ad campaign is this 1988 commercial featuring folks enjoying all kinds of (upscale?) activities, including polo, fencing, and tennis — along with other cool things like dancing, celebrating, cruising on luxury yachts and flying on private jets. And of course, there are plenty of shots of Caddys, including an Allante, Eldorado, and Fleetwood, some of which are tackling the twisties at what can only be imagined as high speed.

Our favorite part of the ad, by a long shot, is at the 0:38 mark, when a black Allante convertible — — passes a Mercedes-Benz SL. But it’s not about the Allante passing the Benz, as much as it is about the way in which the passing maneuver is carried out… .

Postscript: upon further examination, it appears that the blonde was driving the Benz, rather than the Caddy. Thanks to USA1 for bringing this to my attention.

The Only Way to Travel is Cadillac Style

Now that you’ve watched the clip featuring the good ol’ Caddy land barges of yore, did you notice that all of the actors in the ad were of a single race?