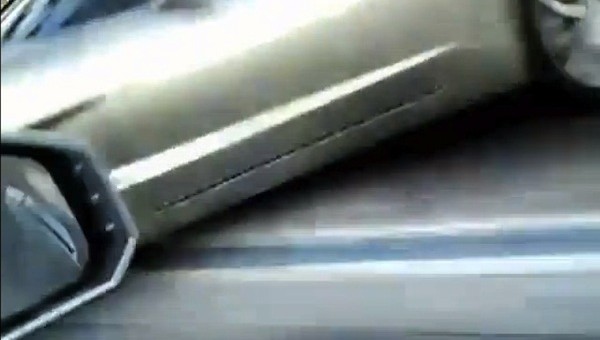 Just as it pains us to watch official crash tests of GM products, it doesn’t bring us any joy to see this video of a C5 Vette losing control and wrecking into a Nissan on the dragstrip… but we thought it would serve as a great reminder to be careful, especially when having fun.

The story behind this video, discovered by LSXTV, goes something like this: a fifth-gen Vette and a Nissan 350Z decided on a friendly Test-N-Tune heat at Jefferson Pageland Dragstrip (South Carolina) this past July, with the winner being the recipient of $20. Regrettably, the Vette ended up T-boning the Nissan not five seconds into the race:

If you’re at all wondering how this situation could have taken place, an explanation could involve the C5 driver not releasing the throttle upon starting to fishtail, even though the reason for the fishtail in the first place may have been a slick track or a bad set of tires; regardless, the whole thing happened so fast that we needed to watch the video several times.

However, we salute the driver of the 350Z for handling the situation calmly and even with slight satire by saying that the other driver owes him $20 (would that be the first thing on your mind upon having the side of your car mangled?). Luckily, both drivers and the passenger in the Nissan weren’t hurt, and we hope that both drivers have learned from this unfortunate situation and had their cars repaired properly, with many more hot laps in their future.