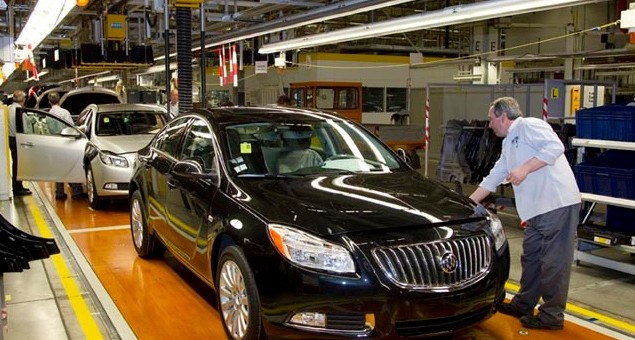 Update: Opel has issued an official statement on the report. Check it out at our GM News section.

When General Motors and PSA Peugeot Citröen announced their alliance, there was some expectation in the industry that the partnership would consolidate the manufacturing efforts of both automakers. Most recently, it was rumored that the next-generation midsize vehicles from Opel/Vauxhall, Peugeot, and Citröen would be built at Opel’s Ruesselsheim plant in Germany. But according to a report by German newspaper Der Spiegel, management at GM China and Buick are rejecting the plan for fear that the French models would compete too much with their own vehicles.

Without PSA, Opel would continue to make the Insignia at Ruesselsheim — which does not, according to the newspaper, constitute sufficient use of capacity at the plant. An Opel spokesman declined to comment on the GM subsidiary’s ongoing discussions with Peugeot, but seemed to play down expectation that a final deal would include joint manufacturing efforts.

“It would be premature to assume that anything had been agreed upon before and has now been reversed,” the spokesman said. He added that discussions were continuing with an emphasis on cooperation in purchasing, logistics and product development. “We’re very much focused on those three areas,” he said, while Peugeot declined to comment on the report.

GM’s partnership with Peugeot was announced in February with the goal of saving $2 billion annually within five years, split nearly equally among the partners. Both members of the alliance are currently facing declining sales and financial losses due to manufacturing overcapacity problems in Europe.

It doesn’t appear that the original alliance agreement between GM and PSA included manufacturing programs. Instead, the agreement seems to have only covered purchasing and logistics, with the intent to share platforms in the future. Take a read through the official alliance announcement and see for yourself — but it looks like joint manufacturing isn’t part of the deal… at least for now.