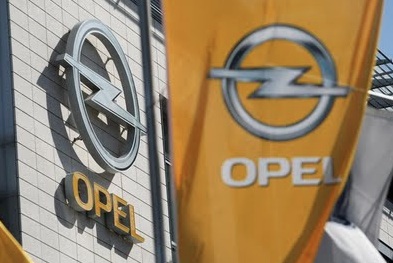 GM’s European arm Opel has begun offering consumers a chance to return a newly-purchased Opel free of charge and with no questions asked. Called Thrilled or Just Return It, the program went into effect Thursday, September 20th, and is limited to either 30 days or 3,000 kilometers (1,864 miles). It is currently only valid in Germany.

“We want to win new fans of the brand with this deal”, said Opel interim chief Thomas Sedran in a statement. “Whoever drives our cars for the first time will quickly be convinced of the quality and innovation of our cars,” said in a statement.”

The program is similar to Chevy’s Love it or Return it strategy announced in July. However, Chevy’s program, which is part of the greater Chevy Confidence campaign, allows customers up to 4,000 miles and up to 60 days from the purchase date to return their vehicles. Conversely, Opel customers who elect to return their vehicles will be charged 0.67 percent of the purchase price of the vehicle for every 1,000 km over the 3,000 km limit. Presuming that the car isn’t damaged, that would be the equivalent of 167 euros for a 25,000 euro car.

An Opel spokesperson said that the offer would continue until further notice and that there currently are no plans to extend the campaign outside of Germany.

It’s simply exemplary to see Opel’s confidence in its class-leading products displayed publicly in this manner. In that regard, we see Thrilled Or Just Return It as a way to decrease the hurdle for customers by providing them with an additional incentive during the purchase process in the form of post-purchase comfort.

However, another perspective could mention Opel’s declining consumer image following the brand’s multiple rather public efforts to restructure itself amidst decreasing sales and mounting financial losses following GM’s failed attempt to sell off the brand in 2009. This chain of events has led to what some call a “loser image” among German consumers, with several Opel executives having publicly admitted that the brand and its image have been decisively tarnished. As such, Thrilled Or Just Return It may be seen as an act of desperation… although we wouldn’t characterize it as such.