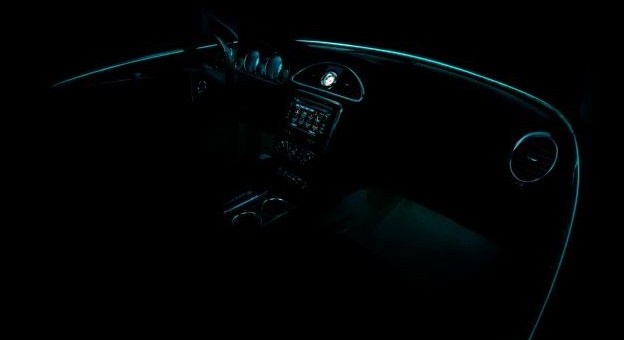 Passive entry with push-button start, one-touch automatic window controls, memory seats, and adjustable pedals have been the defining features that separate luxury cars from the rest; it’s features like these — and many more — that define luxury vehicles. Today, one of the newest defining features of automotive luxury is ambient lighting, which has the ability to set the mood in the cabin and of its occupants while serving a functional purpose, as well. Fortuitously, Buick — GM’s newest luxury brand — is leading the industry when it comes to ambient lighting.

Today, every Buick features discreet Ice Blue lighting that sets an overall comforting cabin mood. And in 2009, Buick ventured into the ambient lighting space with the LaCrosseand its sculpted strip of wraparound ambient lighting in the dash. For the 2013 model year, Buick is expanding its foray into ambient LED illumination with the refreshed Enclave full-size crossover.

The ways in which Buick designs ambient lighting into its vehicles enhances the sense of interior spaciousness while drawing attention to the cabin’s sculpted surfaces. In addition, ambient lighting carries the added benefit of making certain elements — such as cupholders, door handles, and door pockets — more visible at night, possibly reducing the time a driver’s eyes are off the road.

And just as the color of a vehicle can usually tell about its owner, so can the color of the ambient light set a mood for the occupants of the cabin. Buick uses a light blue hue to illuminate its cabins, a color found by Harris Interactive AutoTECHCAST survey to be the most appealing ambient lighting color by nearly 31 percent, followed by amber and green, the second- and third-most desirable colors, respectively. The survey also found that the center console, instrument panel, and cupholders are the top three preferred locations for lighting.

“Buick’s signature blue hue specifically has a calming effect thanks to its lower color saturation, which we feel is more comforting to the eyes,” said Fusco.

Integrating ambient lighting features into the cabin of a Buick is a combination of design and engineering: once the LED strips are integrated into the interior, accurate lines must be cut for the line to shine through the trim pieces, while conforming to the strict build quality standards expected of luxury vehicles. Aiming the light strips and setting the proper level of luminosity is part of the design and engingeering process, as well.

Ultimately, luxury features such as adjustable pedals, keyless entry, and memory seating are not at all necessary; but just like ambient lighting, they are just many qualities that set a luxury car apart from the rest. 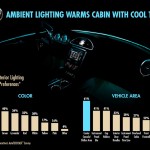 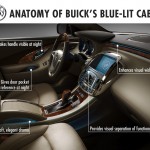 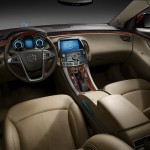