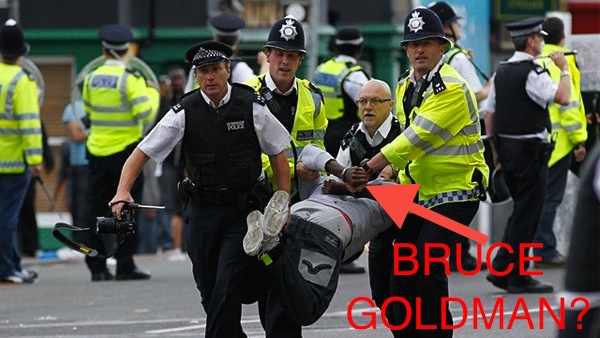 “GM running dishonest, misleading commercials is practically a dog-bites-man story, too commonplace to warrant news coverage. But this time, it’s man bites dog. Because this time, they got caught. And they got caught because of where they tried to run it.”

Goldman, a self-proclaimed “copywriter and creative director in New York, Miami and Richmond” and winner of “414 international, national, regional, local and industry awards for advertising creativity and effectiveness”, is referring to the UK Advertising Standards Authority’s (ASA) decision to ban the Pioneer ad (below) for the Vauxhall Ampera due to its supposedly misleading nature:

As it stands, the ASA ruled that the ad was deceptive due to the spot not mentioning the onboard gasoline engine-generator that’s part of the Voltec powertrain.

Facts are facts, and the ASA’s ruling should be taken at face value. Unfortunately, Goldman seems to lack the slightest idea about the global automotive industry and sprinkles this bouquet of confetti:

“GM’s $659 million deal to put the Chevrolet bowtie on the back of soccer team Manchester Union’s uniform jerseys notwithstanding, GM doesn’t sell Chevrolets anywhere in Europe. And that includes the British Isles.”

Inaccuracy #1, Bruce: they do sell Chevys all over Europe — and sales are growing at a steady pace. And it’s Manchester United—  not Union — with whom Chevy struck a sponsorship deal — the purpose of which is to increase Chevy sales even further.

“A Volt commercial called “Just the Facts,” for example, completely ignored them, implying that the battery fires that made them change their product didn’t exist, exaggerating the importance of some run-of-the-mill certifications and industry awards, and — oh, yes — grossly overstating the Volt’s “extended range.”

Who needs facts when you have Bruce Goldman? As long as we’re talking facts:

In other words, inaccuracy #2.

Moreover, we’re left scratching our heads at how “Just the Facts” overstated the Volt’s extended range as Goldman claims. Here’s what it does state:

In other words, Goldman the automotive expert, calls the aforementioned awards “run of the mill” and that the ad “grossly overstated the Volt’s extended range”. In Goldman’s world, every car wins the COTY (and European COTY, mind you) and 10 best engines… and every car also gets the highest crash test score possible. Inaccuracies #3 and #4.

You’d think Goldman would have stopped by now, but he strikes again:

“A corporate commercial boasted that GM, having fallen, was now “back up” — this when its U.S. sales, market share and stock prices were all markedly down.”

But profits were (and are) up. Way to present all the facts, Bruce… in fact, the above argument is eerily analogous to Vauxhall not presenting the engine range-extender clearly in the Pioneer ad. Inaccuracy #5.

Goldman carries on with the misguided rampage:

In 2010, then-CEO Ed Whitacre starred in a standup spot claiming that GM had repaid its government loans ahead of schedule when 87% of the balance was still owing.

GM has paid back the loans. The “balance” is not a balance and is not part of any loan, but an equity stake by the government. Inaccuracy #6.

Then Goldman commits the ultimate contradiction. He brings up a Bloomberg News report stating that the “Volt’s cost of ownership matches the average car when including the $7,500 U.S. tax incentive and gasoline fuel savings.” Goldman asks, “How did they know this?”

Then, he does this:

In March of this year, an owner testimonial spot claimed that the Volt could save “a crapload of money.” In a very tongue-in-cheek fashion, Goldman states that “It can’t.”

Pardon the curiosity, sir, but how do you know that it can’t, while questioning Bloomberg’s research on the matter? Inaccuracy #7.

Right when we thought we’d reached the end of Goldman’s fallacious drivel, we get this:

Well, the it’s not the British government that’s their biggest shareholder.

So Goldman doesn’t even know that the U.S. government has no effect on how General Motors is being run, yet he presents his highly-opinioated and terribly-inaccurate piece as undisputed fact. When did hating on an innovative product become the new black, and when did the blatant and inaccurate twisting of the facts start getting published?

Perhaps the UK’s ASA should take notice of his report and rule on its glaring inaccuracies, then ban the piece entirely. Better yet, Goldman should educate himself about what the Volt is and how it works, or simply drive one for a week.

PS: in the case that you want to become 10 percent dumber, Goldman’s original insanely idiotic spinmeister piece is located here in its entirety.