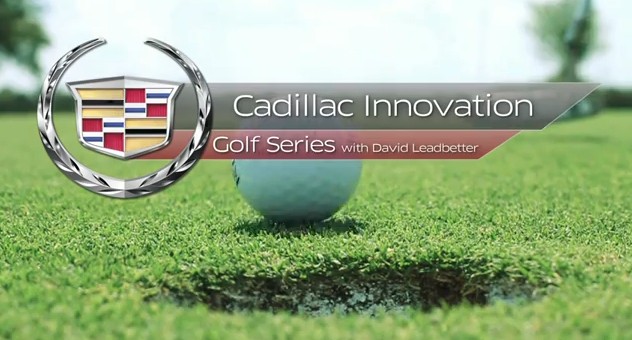 After executing a highly-touted launch campaign for the ATS compact sport-luxury sedan, Cadillac has launched a trio of instructional golf videos that astutely promote the XTS. Officially titled Cadillac Innovation Golf Series, the trio of videos bring Cadillac’s real-world experiences to the web. Each episode is about 6 minutes in length, stars the “World’s #1 Golf Instructor” David Leadbetter, and contains asides for the XTS, including several commercials that we’ve seen before.

The Shots From the Sand episode, filmed at the Trump National Golf Club in Colts Neck, New Jersey, discusses and then demonstrates ways to get the ball to the hole from both greenside and fairway bunkers:

The Anatomy of a Swing episode, filmed at the Maderas Golf Club in San Diego, deconstructs the golf swing to produce good shots on a consistent basis and shows tips on four swing fundamentals, including grip, swing plane, release and tempo:

The Short Game Techniques episode takes place at TPC Stonebrae in San Franciso and highlights ways to improve the game on and around the green, including chipping, pitching, and putting techniques:

With these videos, Cadillac is essentially bringing its Innovation Golf Clinic events to the web — a marketing move that we highly commend. The real-world events are highly popular and are usually reserved with few open spots remaining; publishing them to the web is one more way to attract Cadillac’s target market with the XTS… using the sport of golf and Mr. Leadbetter’s widespread recognition.