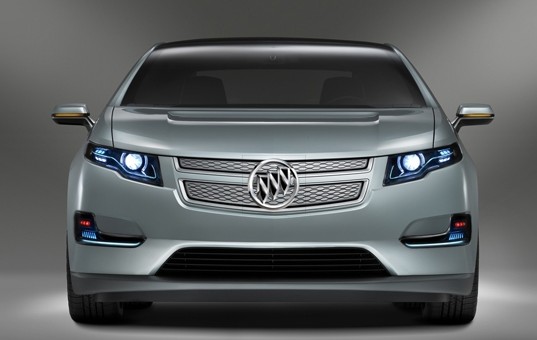 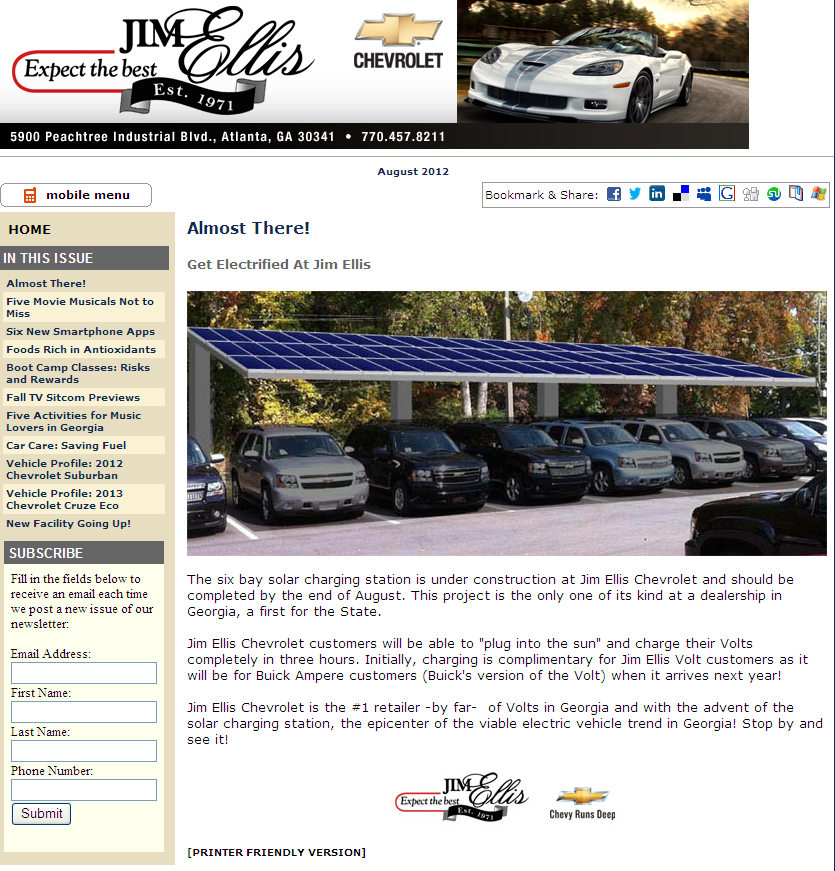 A Chevy, Buick, and GMC dealer in Georgia recently announced that it is installing a six-bay solar charging station, making it “the only one of its kind at a dealership” in the state. You know what else it announced? A Buick “version of the Volt” that will apparently be called Ampere.

“Jim Ellis Chevrolet customers will be able to “plug into the sun” and charge their Volts completely in three hours”, wrote Jim Ellis Chevrolet in its monthly newsletter. “Initially, charging is complementary for Jim Ellis Volt customers as it will be for Buick Ampere (Buick’s version of the Volt) when it arrives next year!”, concludes the dealer.

Since publishing the original newsletter, Jim Ellis Chevrolet has retracted its comments and InsideEVs contacted GM for comment; not surprisingly, General Motors responded with the standard “we do not comment on future product” reply.

As loyal GM Authority reader James pointed out to us in an email (hat tip James!), a Buick variant of the Volt would make sense for several reasons. For starters, Volt sales in China are few and far between… but if the EREV were to suddenly obtain the much-coveted and respected Buick Tri-Shield on its grille, then it would likely have a much better chance of attaining a respectable sales volume. But what would a Buick-rebadged Volt — if that’s what the Ampere will end up being — do to the car’s overall reputation and image in the U.S.?

Furthermore, Ampere sounds very similar to Ampera, the slightly dressed-up Volt sold under the Opel/Vauxhall badges in Europe. Of note, however, is that General Motors — as of this writing — does not own the trademark for the word Ampere as far as the United States Patent and Trademark Office is concerned. And what hapenned to Electra?

We’re curious what you make of all this, and are eager to read your own take — in the comments section below.