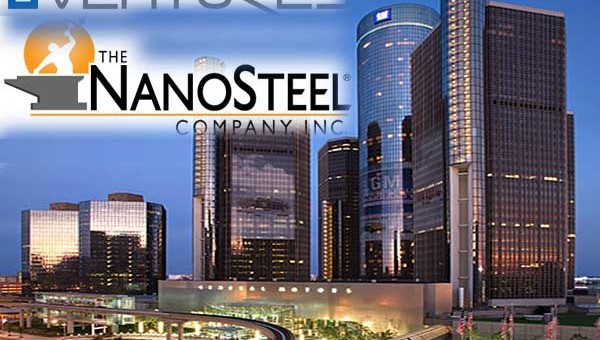 It has been predicted that reducing vehicle weight will become the primary objective of automakers over the next two decades, all in a quest to achieve higher fuel efficiencies to meet the rigorous new U.S. Corporate Average Fuel Economy standards. To that effect, General Motors has announced that its investment subsidiary, GM Ventures, has invested in The NanoSteel Company — a “leader in nano-structured steel materials design”.

In investing in NanoSteel, GM joins other NanoSteel shareholders such as EnerTech Capital, Fairhaven Capital Partners, and five existing investors to complete the Series C financing round for NanoSteel. As of this writing, the sum of the investment has not been disclosed. So what does NanoSteel do, exactly?

According to GM, NanoSteel has developed a series of patented alloys that have led to the creation of a new class of steel that allows for a noteworthy reduction in weight by using thinner, higher strength gauges. Of importance is the fact that NanoSteel’s reduction in weight doesn’t compromise the structural integrity needed for automotive safety. As such, the company’s product can serve as an alternative to other lightweight materials that usually cost more, require new investment in parts production, and carry performance limitations — all in the name of improving fuel economy.

“We are investing in NanoSteel because of the opportunity associated with their new steel alloy technology,” said Jon Lauckner, GM’s chief technology officer, vice president of Global R&D and president of GM Ventures LLC. “Over the next several years, light-weighting of vehicles will be a major focus area to improve fuel economy. NanoSteel’s nano-structured alloys offer unique material characteristics that are not available today, making them a potential game-changer.”

Of note is the fact that the investment is being made by GM Ventures, a subsidiary of General Motors created specifically to seek out, research, and invest in promising automotive technologies.

From what it seems, NanoSteel is in its infancy stages and doesn’t yet having a shipping product but is in the final stages of delivering it:

“GM Ventures investment in NanoSteel demonstrates its confidence in our company’s potential to achieve widespread impact on the auto industry through our proprietary steel designs,” said Dave Paratore, president and CEO of NanoSteel. “With the support of General Motors’ automotive expertise and technology leadership, we can accelerate the final phases of development of our nano-structured AHSS in the quest to economically lightweight vehicles.”

This investment seems to perfectly showcase the purpose of GM Ventures: since a company, even one the size of GM, can’t possibly create every possible innovation in and/or related to its industry, it’s important to keep the proverbial ear to the ground of up-and-coming technologies. To that extent, GM Ventures seems to be doing a great job in finding innovative companies and products in which to invest. In fact, if NanoSteel’s unique lightweight steel pans out and makes it to market, then GM may just have an advantage over automakers such as Audi and Jaguar, which are notorious for utilizing expensive aluminum in its vehicles to reduce weight.

But even if all of that doesn’t get you excited, then think of it this way: better fuel economy usually results in better performance and a more engaging driving experience. Now we’re talkin’!