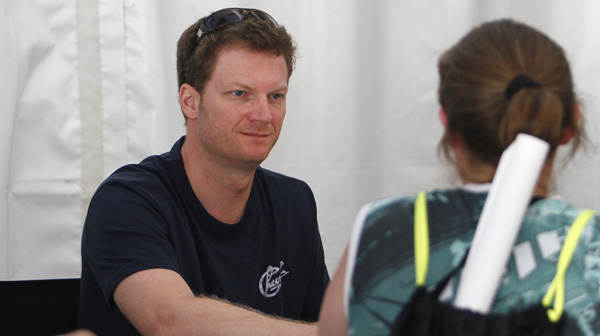 According to Earnhardt Jr., the acquisition of the two dealerships was a long-time coming: “This is something Rick and I have talked about doing ever since I came to Hendrick Motorsports, but we agreed it had to be the right situation”, said Earnhardt Jr., who drives the No. 88 Diet Mountain Dew/National Guard Chevrolet (ahem, tube-frame car not related to any production model) for Hendrick Motorsports in the NASCAR Sprint Cup Series.

“I’m honored to work with everyone at Hendrick Automotive Group and have this opportunity in a great market like Tallahassee”, said Earnhardt Jr. “I was a mechanic in a Chevy store before I started racing, and I’ve always loved General Motors products and been interested in the dealership business. So it’s exciting for me, and I hope it’s going to be exciting for the people in the Tallahassee area.”

The dealerships are a first in the Tallahassee market for Hendrick Automotive Group, which operates 84 dealerships across the United States, including the two new Earnhardt locations. Both stores will undergo renovations, no doubt similar to the ones being conducted by GM nationwide, to modernize their appearance and amenities. The two dealerships will employ more than 175 people combined and job opportunities are currently available at the Hendrick Auto careers website.