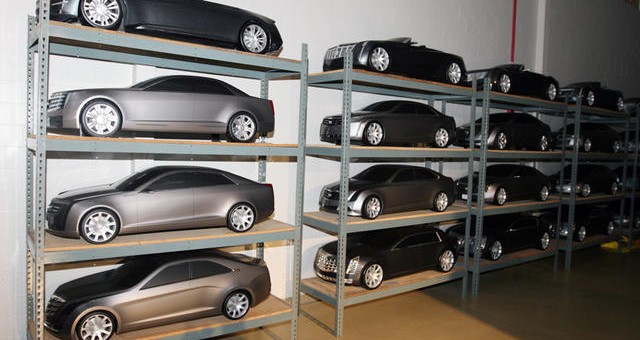 When General Motors revamped its global design operations last month, the move was generally seen as a way to streamline the organization in order to increase the automaker’s net profit. Just recently, however, GM Authority received a letter from a source familiar with The General’s design activities who wished to provide an insider’s perspective to the overhaul. In an exchange with GM Authority, the source — who wished to remain anonymous — wrote:

“… becausewhen you’re working on a [vehicle] project day in and day out you are constantly pushed to find ways to improve the design and meet the program’s objectives while at the same time experimenting with all kinds of different elements. Over time things can start to get a little blurry. Some team members lose focus and direction and one of the things the restructuring will accomplish is minimize fatigue and project based burnout.”

In effect, as General Motors abandoned brand autonomy in the 80s under the questionable direction of CEO Roger Smith, the automaker moved to a centralized design and engineering structure — where key personnel responsible for creating vehicles moved from project (vehicle) to project. And until last month’s restructuring, this was the way vehicles were delivered to market within the New GM (with a few exceptions). Our source’s comments illustrate the possible loss of focus and time-based employee burnout that can occur as team members move from one project to the next: one quarter a designer may be working on a $35,000 Buick and the next, he could be supervising the direction of a sub-$20,000 Chevy. Things could get problematic as the lines begin to blur…

While the centralized structure could potentially be more cost-effective than that of brand autonomy, the overall design direction of a brand could suffer — especially in light of competitors that are separating design operations by brand (VW and Audi, Toyota and Lexus). Instead, by letting a team live with their brand day in and day out, the design language and overall direction for the brand can improve — leading to increased brand recognition.

In doing so, a brand-focused design team could even re-use common design elements across the brand’s vehicle lines and perhaps even begin re-using certain parts and materials to engender increased commonality among a brand’s vehicles — leading to a more prominent and more recognizable design language with the possibility of increased cost effectiveness.

Ultimately, last month’s design shuffle is a seemingly small change that should lead to even better, more competitive GM products — ones with which consumers can form an even stronger emotional attachment. This is as close to a brand-autonomous New GM that we will get to for a while… if ever.