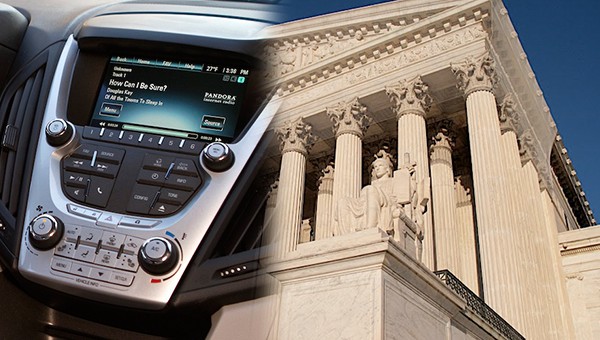 A class action lawsuit has been filed against General Motors, LLC. in the Superior Court of California County of San Diego. The suit alleges, among other things, that the Chevrolet MyLink infotainment system “would be available in the fall of 2011 in connection with 2012 model year Equinox vehicles, but nonetheless allegedly was not ready to mass produce and/or install on 2012 Equinox vehicles until a few short months ago.”

The suit, styled Michael Brewer v. General Motors, LLC et al, pursues General Motors, as well as Courtesy Chevrolet Center — a Chevrolet dealer in San Diego, in the initial announcement and subsequent delays in the availability of MyLink: the system was first officially announced in February of 2011 for a “Fall 2012 availability“, as stated on the brand’s website, press releases, vehicle catalogs, and dealership materials. The system, however, did not appear in the fall and was instead delayed until spring of 2012.

Those who purchased a 2012 Equinox expecting MyLink have expressed dissatisfaction in not being informed of the unavailability by Chevrolet/General Motors and/or their dealer. The complaint asserts claims for the following alleged causes of action: violation of the California consumers legal remedies act, alleged commission of unlawful or unfair business practices and false advertising while the Plaintiff seeks declaratory, equitable and injunctive relief, general damages, special damages and actual damages, rescission and restitution, incidental and consequential damages, punitive damages, statutory damages, an award of reasonable attorneys fees and costs and pre judgment interest at the legal rate.