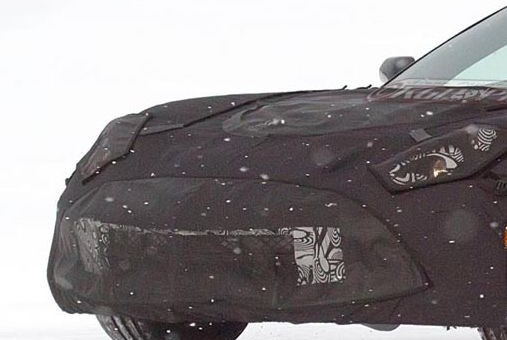 Omega Tool Corp., a major General Motors supplier, has created a video demonstrating the build process of the plastic body panels for the current generation Corvette C6. Or at least that’s what it was supposed to be. As it turns out, the video instead features the front bumper of what appears to be the next generation Corvette due out next year.

Look at the photos and make the call. It’s not hard to see that the composite nose being built is not that of the C6, as the proportions are all off, and the C6 doesn’t have such a wide mouth. However, it appears to be a total match to the renderings of the Corvette C7 that came about at the end of last year.

At the time of this write-up, the video has been taken down, but the fellows over at Corvette Online have managed to provide several screen shots of the alleged front fascia of the C7, which we have gone to provide as well.

Update: The video is back, and as an extra, briefly shows the rear fascia of the C7 as well. Have a look!

Update #2: Due to the threat of legal action, we’ve removed the photos and video.