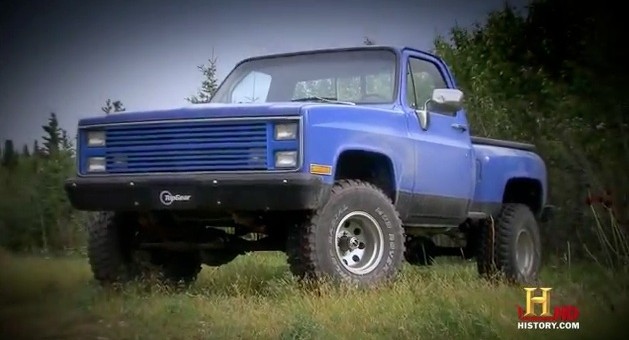 Interesting things are bound to happen when you take three guys to Alaska in search of America’s toughest truck. Sure, Americans love themselves some pickup action, and the rivalry between Dodge, Ford, and Chevy transcends generations, to say the least.

And so it was that the three hosts of Top Gear USA were each allowed to spend no more than $3,000 on a truck that would be put through a series of challenges. The trucks must have had at least 150,000 miles on them and the hosts had to buy the workhorses sight unseen.

The segment is full of beautiful imagery of the trucks traversing what may just qualify as the world’s toughest terrain, and there’s plenty of comedic value to be found as well. But in the end, it’s the 1985 Chevy C/K stepside driven by Tanner Foust that takes home the gold by not only reaching and “touching” the iceberg, but also safely making its way out. Like a rock? Absolutely.

Ironically, Adam Ferrara and Rutledge Wood had to watch from the truck of shame — the Toyota Hilux — after their Ford and Dodge trucks of choice, respectively, broke down.

Enjoy this 44-minute-long video during lunch… or whenever suits you best: