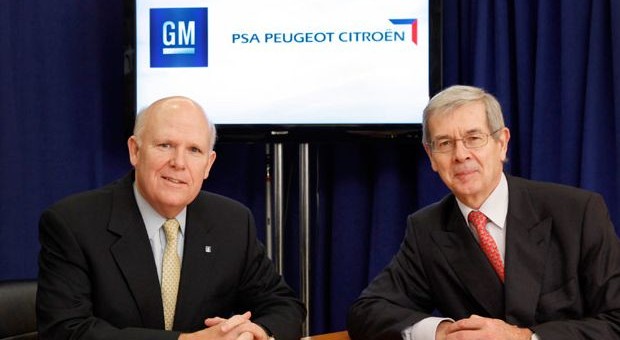 According to France’s La Tribune, the owners of PSA Peugeot Citroen are not happy with CEO Philippe Varin. They would even have already shown him the door, if a replacement were handy, that is. According to the French newspaper, which has sources inside the Peugeot family which controls 25.2 percent of the company’s assets and 37.9 of its voting rights, the reasons for the saber rattling are twofold: awful sales and the GM alliance.

Varin, who was appointed in 2009 and initially attained decent results, appears to be the kicking boy for PSA’s slumping sales. The automaker is highly reliant on Southern European markets and lacks the export prowess of neighboring rival VW, whose global nature enables it suppress the effects of the weaker Euro and the slumping European auto market. These two circumstances motivated PSA to look for an alliance, which it found in GM; The General then became the French automaker’s second-largest shareholder with a seven percent stake. But now the Peugeot family is doubtful whether “this merger with a U.S. company whose European operations are chronically lossmaking and that suffer from structural overcapacity” is really a good idea, according to La Tribune.

Varin, meanwhile, was the biggest proponent of the GM alliance and his possible dismissal may breed “”mistrust vis-à-vis GM,” La Tribune writes. For its part, GM is looking for the partnership to lead to increases in its profits.

Year to date, the European auto market is down 7.7 percent. PSA sales? Down 15 percent. PSA’s market share fell more than a percentage point to 12.1 percent and firm’s stock lost nearly 24 percent of its value so far this year. Ironically, PSA shares jumped nearly 6.5 percent upon the possibility of Varin being replaced last week, which is likely the only time that a CEO doesn’t want the stock of the company he or she is heading to climb.

So what does all of this mean for GM, its European operations, and The General’s PSA alliance? We think it’s too early to tell; but no matter how members of the Peugeot family may feel, let’s remember that there is one stipulation holding GM and PSA together: the 7 percent stake held by GM in PSA. Other than that, the rest is an “agreement” — which likely has several terms that allow either party to exit the deal. For our part, we don’t really understand why the world’s largest automaker can’t go alone in becoming profitable in Europe… but unlike the fine ladies and gentleman at GM, we don’t have access to the numbers.