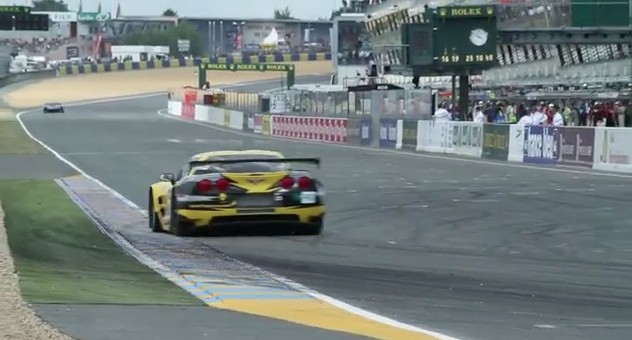 While motorsports enthusiasts the world over enjoy the 24 Hours of LeMans via a one-day (or less) period of time, the teams that race in the event work hard before, during, and even after the event to make sure they are as competitive as possible. In the case of Corvette Racing, the team began preparing for this year’s race last year by analyzing their performance in the 2011 race.

“The race is a walk in the park compared to the preparation,” said Doug Fehan, Program Manager of Corvette Racing. The team starts that preparation a year before the next event and learns something — like how to become more efficient and eliminate mistakes made in the previous race — every year.

Then, the team packs up and ships parts, including 3 sets of body work and suspension for each car as well as 6 transmissions, to the track. Leaving a part behind is a sure-fire way to fail. Then, the cars are flown (via Virgin Airlines) to England and then trucked to the track.

In effect, preparation is key, as there is no chance to go back for parts, cars, or anything in between. Ultimately, Fehan believes that the team’s level of preparation may be its single largest advantage when it comes to winning — as he explains in this video:

Catch the 24 Hours of LeMans this weekend — June 16-17 on wherever is most convenient for you.