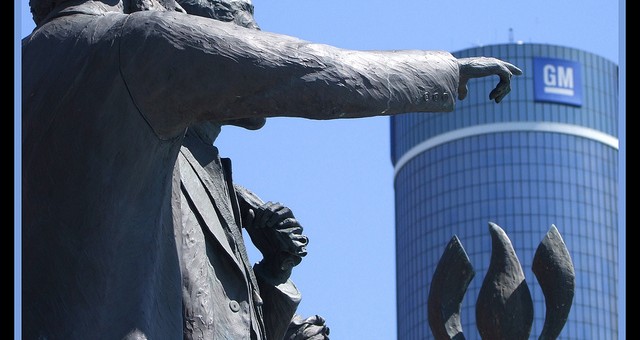 In a proxy statement filed with the U.S. Securities and Exchange Commission for its 2012 annual shareholder meeting, General Motors announced the nomination of two individuals to its board of directors — James Mulva and Theodore Solso. Theodore M. “Tim” Solso is the former chairman and chief executive officer of Cummins Inc. Having retired from Cummins in December 2011, Soslo held a variety of senior management positions in his 40-year career at the global manufacturing company and led Cummins through strong financial performance and stockholder returns, international growth, business restructuring and technology leadership. He is also a member of the board of Ball Corp and holds a bachelor’s of psychology from DePauw University and a master’s of business administration from Harvard University.

“The addition of Jim and Tim to our board of directors will bring significant global experience in leading large, complex companies as well as new business perspectives to strengthen our company,” said Dan Akerson, GM chairman and chief executive officer. “Jim’s extensive experience and expertise in the energy industry and in-depth background in finance will be invaluable to GM. Tim’s background in diesel engine manufacturing and engineering, and compliance with challenging emissions regulations will allow him to contribute significantly to our global product development strategies.”

The election of both Mulva and Solso will increase GM’s board of directors count to 14 members, 12 of whom are non-employees. The election will take place during GM’s Annual Meeting of Stockholders on Tuesday, June 12 at 9:30 a.m. (Eastern) at GM’s global headquarters at the Renaissance Center in Detroit. Stockholders of record of Friday, April 13, 2012 may attend the meeting but are required to request an admission ticket by Monday, June 4.

One executive from a global energy company and another from a leader in diesel engine design, engineering, production, and distribution seems to be two areas of interest to GM. With the Volt/Ampera, ELR, and other upcoming electrified vehicles, it would seem that GM is looking to learn a thing or two from Mr. Mulva’s experience, know-how, and connections. And with The General starting to get serious about diesel engines — even in areas outside heavy-duty pickups — makes the selection of Mr. Solso self-explanatory. We look forward to seeing the impact both of these newcomers bring to the table — if elected — come June.