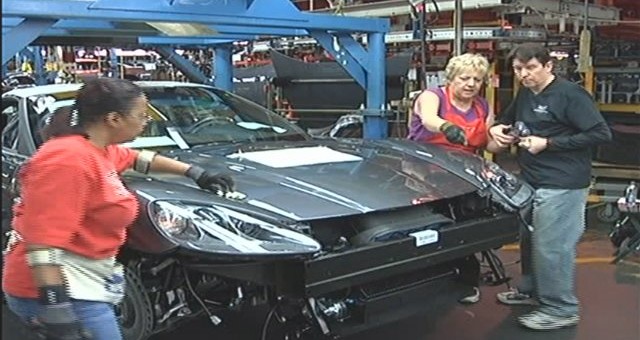 Former quadriplegic Patrick Rummerfield completed a life-long dream when he assisted in building a Chevy Corvette on the assembly line in Bowling Green, Kentucky on Wednesday. Mr. Rummerfield, a motivational speaker, was injured in an accident in the 1970s in a ‘Vette.

“In 1974 I was involved in a high speed car accident. We hit the ditch at 130 miles per hour and I broke my neck in four places which left me paralyzed from the neck down,” Rummerfield told Nashville’s News 2.

After the crash, doctors told Rummerfield that he didn’t have long to live. Fortunately, they were wrong. Then, after escaping death, they told him he would never be able to walk again; and they were wrong once more.

“I was lying there, daydreaming about racing a Corvette and playing basketball when my left toe moved,” he reminisced.

Rummerfield was a guest speaker at the plant and, upon being finished, was adamant about building his favorite car.

“His story is such that there was no room in his life for anything less than success” said plant manager Dave Tatman.

Since his accident in ’74, Rummerfield has become the first quadriplegic to complete an Iron Man competition and has set a U.S. land speed record. He is also known as the first spinal cord injury quadriplegic ever to recover full physical mobility.