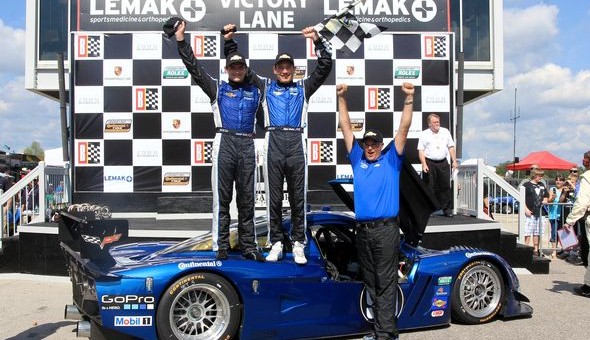 After a disappointing display at during the Grand-Am 24 Hours of Daytona, A Daytona Prototype Corvette took home the checkered flag at the Porsche 250 at the Barber Motorsports Park in Birmingham, Alabama driven by Richard Westbrook and Antonio Garcia (who’ve had some time with Corvette Racing).  Their car, The Spirit of Daytona, Completed 103 laps around the track, with a best lap time of 1:22.245. A Corvette DP also took second.

The next race featuring the Corvette DP race cars will be the Grand Am Rolex Series Grand Prix of Miami come April 27 – 29 at Homestead Miami Speedway in Florida. During the same days and same location, Grand-Am Racing Continental Tire Series will be hosting a separate event, The Kia 200, where Chevy Camaro GS.R race cars decorate the entry list.

The Chevrolet Cruze World Touring Car Championship team continued their success over the weekend as well with wins in both the first and second races at the Circuit Ricardo Tormo in Valencia, Spain. 2011 Driver’s Champion Yvan Muller took the first win, while finishing eighth in the second race. The victor of the race 2 went to Alain Menu, who finished fifth in the first race. Rob Huff finished fourth and sixth for the races.

With four races down and 24 more to go, Muller is currently leading the driver’s point standings with 88, while Menu chases with 61. In manufacturer’s standings, Chevy is beginning to distance itself with 173 points, while BMW falls behind with 108. The next FIA WTCC race will be the Race of Morocco in Marrakech, on the 14-15 April.